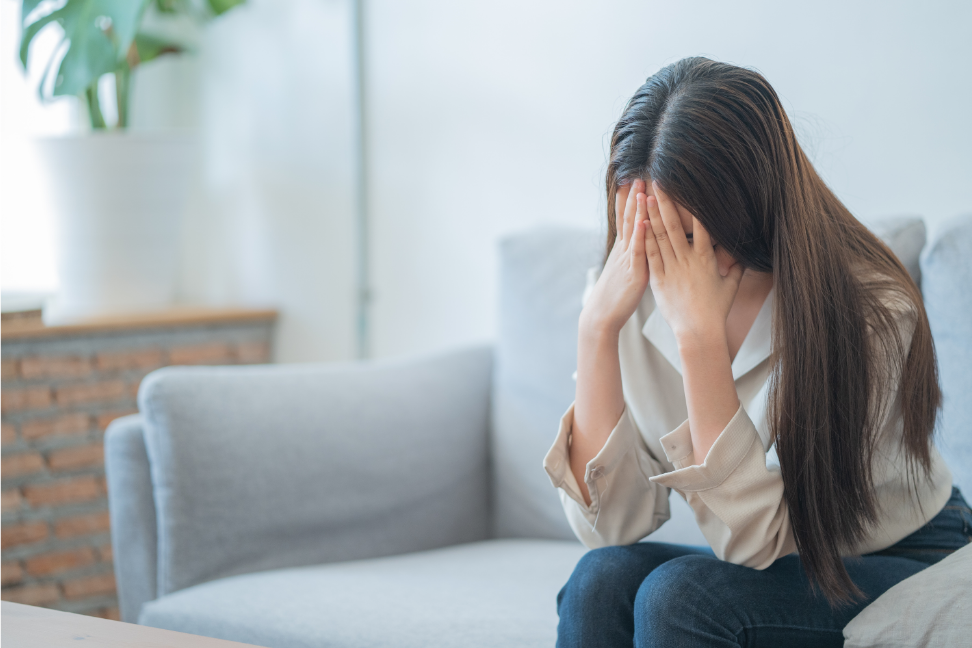 By Viviana PerryOctober 20, 2021No Comments

Psychological stress affects everyone. From lower-stake situations, like starting a new job or divorce, to life-threatening events, like being attacked or enduring a pandemic, there are countless ways an individual can experience psychological stress every day. In and of itself, stress is not a bad thing. The human body was made to respond to pressure and it uses the nervous system to protect the body and mind from threats to their safety. In the face of perceived danger, nervous systems respond by flooding the body with stress hormones, such as adrenaline and cortisol. These hormones cause physiological changes like increased heart rate, decreased pain perception, slowed digestion, and much more, which prepare the body to take emergency action.

The presence of this stress response was integral to the survival of our nomadic, hunter-gatherer ancestors who faced life-threatening danger every day, but with today’s advances in medicine and technology, some features of the human stress response can backfire on us. Most important of those features is our nervous system’s sensitivity in responding to any perceived threat – meaning, whether the danger is real or imagined, our bodies will respond with the same rush of stress hormones that cause extremely real physiological changes. That is where stress-related disorders like Acute Stress Disorder (ASD) and Post Traumatic Stress Disorder (PTSD) come into play. In the 2013 publishing of the DSM-5, ASD and PTSD were recategorized as Trauma- and Stressor-Related Disorders to differentiate them from anxiety disorders. The premise of Trauma- and Stressor-Related Disorders is that they are “precipitated by events or circumstances that overwhelm the child or adolescent and that often threaten or cause serious injury, neglect, or death.” In those with ASD or PTSD, an especially traumatic event leaves their nervous system in a state of shock. This results in an extreme difficulty, or complete inability, to accurately assess and filter perceived threats, so their nervous systems are functioning in a stress-response state for prolonged periods of time.

ASD and PTSD have several overlapping symptoms, but the key distinction between the two disorders is the longevity of those symptoms. An ASD diagnosis is considered from three days to one month following a traumatic event, which is referred to as the acute phase. After one month of trauma- and stress-related symptoms, ASD diagnoses no longer apply and psychiatric professionals instead assess for PTSD. ASD is still being studied as a predictor of PTSD, but current research indicates that about 50% of those with ASD later develop PTSD.

According to the DSM-5, diagnostic criteria of ASD includes:

*There are multiple diagnostic symptoms listed per category (5 categories, 14 total symptoms), examples of the symptoms by category are:

Like ASD, PTSD is a psychiatric disorder that may occur in those who have directly or indirectly experienced a traumatic event, but PTSD only becomes diagnosable following the acute phase of trauma- and stress-related symptoms (after one month). While much of the symptoms that define ASD overlap with PTSD, the diagnostic criteria between the two disorders are different, which is further explained down below.

According to the DSM-5, diagnostic criteria of PTSD includes:

In addition to the above diagnostic criteria for PTSD, the DSM-5 defined two new subtypes of PTSD: Preschool (or Pediatric) and Dissociative. The preschool subtype of PTSD is used only in the diagnosis of children younger than 6 years old. Instead of four symptom clusters (criteria B-E), there are three because avoidance and negative cognition (criteria C and D) were combined to form one category, which better reflects the lower prevalence rates of those symptoms in children. Of the symptoms listed within each category, developmentally-specific symptoms were also added to certain categories. Lastly, in addition to the child experiencing a traumatic event, a greater emphasis is placed on the impact a parent or caregiver who experienced a traumatic event can have on the child. Particular symptoms that are present in the PTSD preschool subtype are:

The dissociative subtype of PTSD is used to more appropriately diagnose those who meet all the diagnostic criteria for PTSD, but also present with significantly predominant symptoms of depersonalization and derealization, as well as associated emotional detachment. The DSM-5-defined criteria for this subtype involve experiencing persistent or recurrent symptoms of one or both of the following, which may not be attributable to the effects of substances and/or other medical conditions.

Clearly, there is extensive overlap between the two disorders as they are both predicated upon experiencing a traumatic event and both defined by the symptom related to intrusion, negative mood/cognition, avoidance, arousal, and dissociation. Still, the disorders are distinguishable, such as in how the symptom categories are used as diagnostic criteria. In PTSD diagnosis, there are 20 total symptoms among the four symptom clusters and a person must meet at least one symptom within each criterion in order to be diagnosed. In ASD diagnosis, symptoms are not classified into different clusters, so a person can meet diagnosis by experiencing any 9 of the 14 total symptoms among the intrusion, intrusion, negative mood/cognition, avoidance, arousal, and dissociative symptom categories.

A second difference between the disorders is that PTSD diagnostic criteria includes non-fear based symptoms, such as risky or destructive behavior, overly negative thoughts and assumptions about oneself or the world, exaggerated blame of self or others for causing the trauma, negative affect, decreased interest in activities, feeling isolated, whereas ASD diagnostic criteria does not. Finally, a third distinction between the disorders is that PTSD separates dissociative symptoms of depersonalization and derealization from the four symptom clusters used to diagnose PTSD alone, and instead, uses them to specifically define the dissociative subtype of PTSD. In ASD diagnostic criteria, there are five symptom categories since dissociative symptoms of depersonalization and derealization are a part of the 14 total symptoms from which a person must meet 9 in order to be diagnosed with ASD

” While personal practices like meditation and journaling may help in coping with everyday stressors, it may be inadequate for more severe and more persistent stress. If you or someone you know is struggling with the symptoms described above, it is important to seek help from a mental health professional since the cost of unaddressed stress can be high.

There are several physical consequences of prolonged stress, such as digestive problems, sleep disturbances, increased risk for heart disease, and much more. Likewise, the psychological effects of stress cannot be dismissed as it can lead to the development of psychiatric comorbidities like anxiety, depression, substance abuse, and much more.

Frank K. Tedeschi and Stephen B. Billick. (June 2017). Pediatric PTSD in the DSM-5 and the Forensic Interview of Traumatized Youth. Journal of the American Academy of Psychiatry and the Law. http://jaapl.org/content/45/2/175