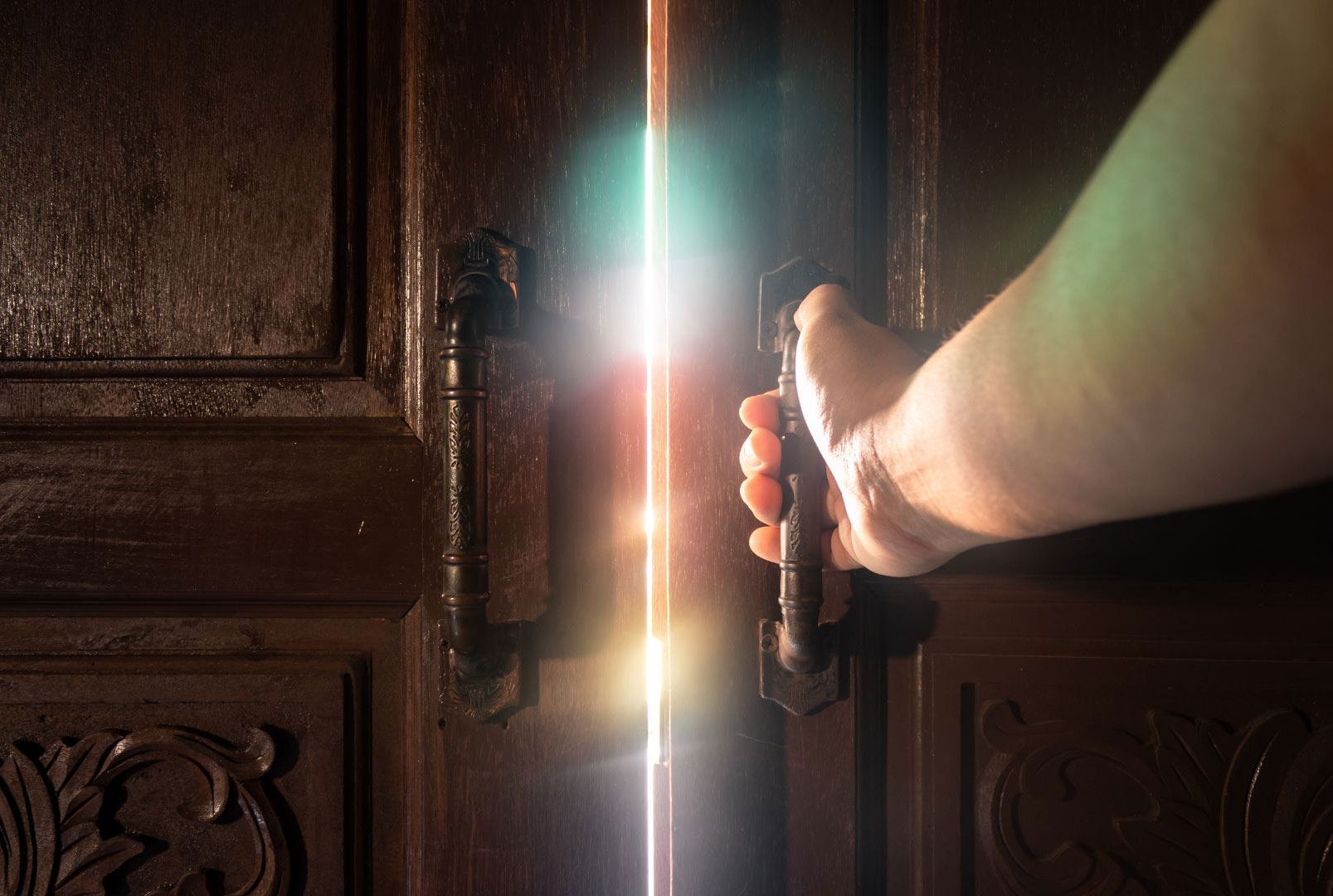 By Viviana PerryJuly 28, 2022No Comments

Agoraphobia is recognized as an anxiety disorder in the DSM-5. It is characterized by an intense, disproportionate fear of being in spaces or situations in which escape would be difficult. Those with agoraphobia often avoid new places and unfamiliar situations, especially those involving crowds, public transportation, or enclosed or open spaces. Because of anticipatory worries surrounding such types of spaces and situations, those with agoraphobia often also experience panic attacks or have comorbid panic disorder. The prevalence of agoraphobia in the United States is about 1-2% in adults and about 2.4% in adolescents. The disorder is more prevalent in females than males, especially in the adolescent population (3.4% in females, 1.4% in males). Using the Sheehan Disability Scale, 40.6% of adults with agoraphobia reported experiencing serious impairment as a result of the disorder; 30.7% had moderate impairment, and 28.7% had mild impairment. In contrast, nearly all 2.4% of adolescents with agoraphobia reported experiencing serious impairment as result of the disorder.

People often confuse the disorders agoraphobia and claustrophobia. Claustrophobia refers to an anxiety disorder characterized by an intense, disproportionate fear of confined spaces, like tunnels or elevators. Though they share a suffix and both involve some degree of sensitivity to spatial awareness, the disorders are distinct. Firstly, in addition to spatial awareness, agoraphobia is also often concerned with the number of people in that space, whereas claustrophobia is more focused on the space itself. For example, a person with agoraphobia is more likely to experience anxiety in response to a sold-out movie theater (several people present) than someone with claustrophobia. Secondly, agoraphobia is recognized as a more independent disorder as it is specified as one of the twelve conditions that comprise the Anxiety Disorders category in the DSM-5. In contrast, claustrophobia is not independently recognized as one of the twelve conditions, but is instead, a sub-type of Specific Phobia.

The cause of agoraphobia is unclear, but research shows several cases develop as a complication of panic disorder – an anxiety disorder characterized by unexpected and repeated panic episodes. After a person experiences a panic attack in a particular location or situation, they may worry excessively about having another panic attack if placed in the same or similar location or situation and choose to avoid it altogether. This may be one way in which agoraphobia develops. Results of some studies suggest those with panic disorder may have an impaired balance system and spatial awareness, which further suggests a potential relationship between panic disorder and agoraphobia. Still, there are several individuals with agoraphobia who do not suffer from concurrent panic attacks. Agoraphobia without panic disorder may be the result of specific phobias, such as being the victim of a terrorist attack, contracting a serious illness, or embarrassing yourself in front of others. Certain factors also increase an individual’s risk of developing agoraphobia, such as traumatic childhood experiences (e.g. death of a parent, sexual abuse), substance abuse, and previous history of mental illness.

Agoraphobia presents itself in a variety of ways – and at varying intensities – among those who have the disorder. Below are just a few of the common physical, cognitive, and behavioral signs and symptoms of agoraphobia, as suggested by the National Health Service:

Note: many of the physical symptoms of agoraphobia are shared with panic attacks.

How Agoraphobia Can Impact Someone’s Life

Agoraphobia impacts the lives of about 1.8 million adults in the United States every year. In less severe cases, individuals may manage to push through the anxiety surrounding a particular location or situation, but more severe cases can result in a significant reduction in a person’s quality of life.

Like all mental illnesses, recognizing the signs of the disorder and receiving treatment as soon as possible is pivotal in a person’s prognosis. Left untreated, agoraphobia often worsens with time. The intensifying anxieties and fears that characterize the disorder can render an individual unable to participate in activities outside of their home. Naturally, this causes challenges in creating and/or maintaining interpersonal relationships (romantic, friendly, familial, etc.) which play critical roles in a person’s overall mental well-being. The fear of participating in activities outside of a person’s home does not discriminate between those that are strictly hobbies and those needed for survival, either. This means that in addition to failing to meet friends for dinner, a person may find it incredibly difficult to go to work, visit a grocery store, or exercise outside. These examples can subsequently lead to a multitude of challenges, such as financial hardship from a lost job, poor eating habits or malnutrition, and an increased risk of developing chronic diseases as a result of a more sedentary lifestyle.

In addition to the crippling anxieties associated with agoraphobia, a person with the disorder often experiences other mental health challenges as a result of the lifestyle the disorder demands. Isolation can lead to extreme feelings of loneliness and restlessness. Several with agoraphobia are also cognizant that their fears are disproportionate or irrational, but feel their anxieties and fears are too strong to overcome. This, in turn, may contribute to feelings of helplessness and frustration. The compounding of emotional, cognitive, and physical distress also makes those with agoraphobia more susceptible to seeking unhealthy coping methods, such as comfort eating, drugs, and alcohol which can lead to a variety of short- and long-term health problems.

As previously mentioned, early detection and treatment of agoraphobia is pivotal in a person’s prognosis. If you believe you or someone you know may be suffering from agoraphobia, the first step is to speak to a primary care provider or mental health professional. Healthcare professionals may run some preliminary physical tests to rule out underlying health concerns, but official diagnosis of agoraphobia involves meeting specific standards listed in the DSM-5. The DSM-5 diagnostic criteria for agoraphobia includes:

For less severe cases of agoraphobia, at-home practices and lifestyle changes may help to reduce agoraphobic anxieties and fears. These include activities like avoiding alcohol, drugs, and caffeine; practicing breathing exercises; eating a healthy, well-balanced diet; exercising regularly; and using mindfulness practices, such as meditation and yoga.

For moderate to severe cases of agoraphobia, treatments for agoraphobia typically involve psychotherapy, medication, or a combination of both. The most common form of psychotherapy used in the treatment of agoraphobia is Cognitive Behavioral Therapy (CBT), which works to disrupt negative scripts of thinking and empowers individuals to adopt more positive ways of thinking. Additionally, CBT can involve exposing individuals to gradually increasing doses of the situations and locations that trigger their anxiety as a means of learning to challenge and conquer their fears in a controlled and guided environment. The medications most commonly used to treat agoraphobia are anti-anxiety drugs and antidepressants, such as benzodiazepines and selective serotonin reuptake inhibitors (SSRIs), respectively. Medications like SSRIs are used to treat a wide variety of mental illnesses, such as Major Depressive Disorder (MDD) and Generalized Anxiety Disorder (GAD). They serve to increase the level of serotonin – a “feel good” neurotransmitter – in the brain, thereby improving an individual’s mood and reducing feelings of anxiety. Since medication treatment can enable a more positive, receptive attitude and mindset, medication treatment may also be useful in augmenting the effectiveness of psychotherapy when used simultaneously. 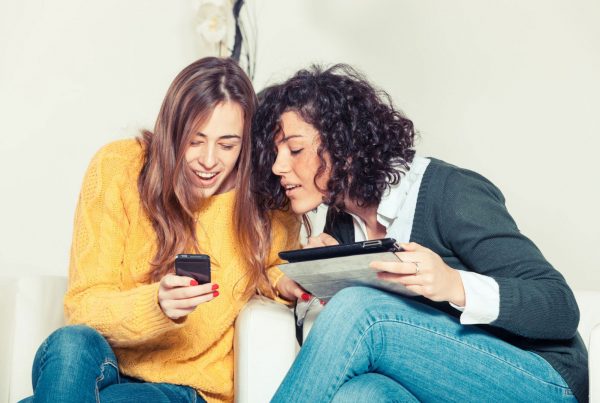 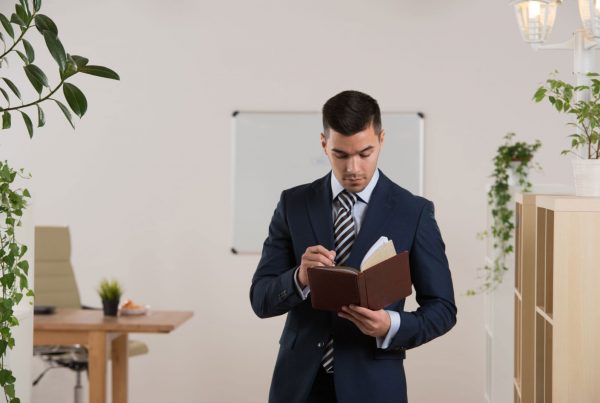