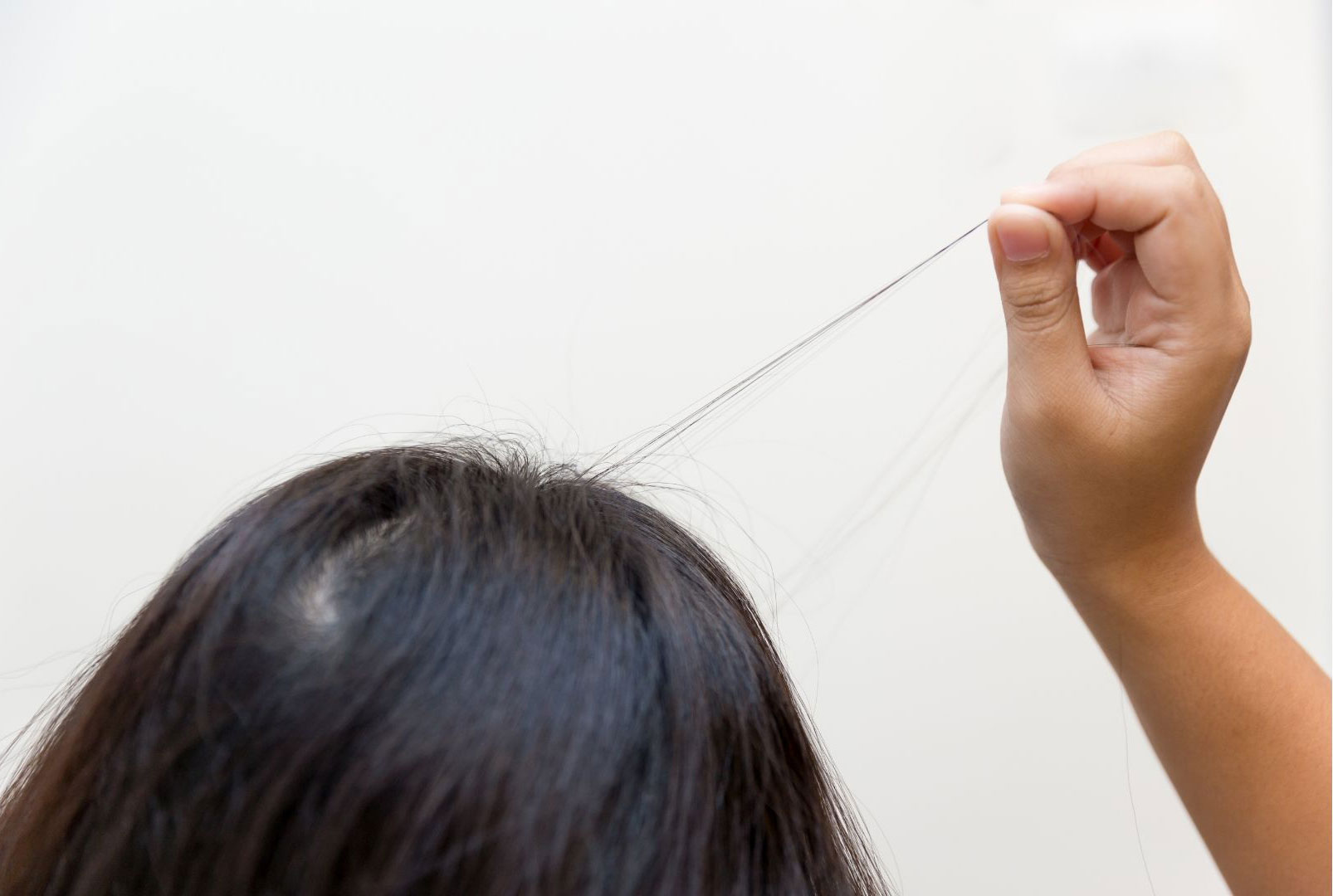 By Viviana PerryMarch 22, 2022No Comments

Did you know that 20%-30% of the general population experiences chronic nail biting, or onychophagia, at some point in their lifetime? For many, this figure may not come as a surprise since most people are familiar with the association between feelings of anxiety or fear with habits such as frequently twirling your hair, tapping your foot, or cracking your knuckles. Even further, these behaviors may also represent physical symptoms of full-scale mental disorders like anxiety, post-traumatic stress disorder (PTSD), or depression. However, certain behaviors like pulling your hair, biting your nails, or picking at your skin are distinct from the list of commonly-known In this blog, we will discuss what BFRBs are, the most common BFRBs (trichotillomania and excoriation), and how they show up in children.

What are Body-Focused Repetitive Behaviors (BFRBs)?

Whereas hair twirling, foot tapping, or knuckle cracking are simply regarded as anxious habits, Body-Focused Repetitive Behaviors are a group of related mental disorders recognized by the DSM-5. They are characterized by repetitive self-grooming behaviors that result in physical damage to one’s own body. Though, hair pulling and nail biting are not inherently BFRBs. The key factor that makes these and other self-grooming behaviors BFRBs is when it causes substantial personal distress and/or interferes with daily functioning. The most common BFRBs include trichotillomania (hair pulling) and excoriation (skin picking), which are further explained below.

Despite the damage caused by BFRBs, they are not considered self-mutilation since the intent of grooming is not to hurt one’s body – the physical damage is simply a consequence of these BFRBs. Instead, they are regarded as self-grooming compulsions. The most common BFRBs, trichotillomania and excoriation, currently belong to the Obsessive-Compulsive and Related Disorders class in the DSM-5, which also includes Obsessive-Compulsive Disorder (OCD), Hoarding Disorder, and Body Dysmorphic Disorder. Other BFRBs, such as onychophagia (nail biting) and cheek keratosis (cheek biting), are not specifically indexed in the DSM-5 and are instead classified as “Other Specified Obsessive-Compulsive and Related Disorder” with specification of “Body-Focused Repetitive Behavior.” The recognition of BFRBs in the DSM-5 is actually quite brief, which is likely in part due to the little empirical data that exists for BFRBs. Still, although BFRBs do not have their own category, they are clearly on the radar of medical researchers.

One of the biggest misconceptions about BFRBs is that they are simply behavioral symptoms of deeper issues like unresolved trauma, or of other mental disorders altogether, like Generalized Anxiety Disorder (GAD), PTSD, or ADHD. While a person may experience psychiatric comorbidity with a BFRB and another disorder, this does not necessarily mean one is the result of the other and certainly does not suggest that most who suffer with a BFRB condition also suffer from another mood or anxiety disorder. BFRB conditions are stand alone disorders that do not list prior emotional disturbance in their diagnostic criteria. On the note of disorder genesis, the causes of BFRBs remain largely unknown. Research does, however, indicate these conditions have a genetic component to them since studies have shown higher rates of BFRBs in those with an immediate family member who also have a BFRB condition. Twin studies have also produced results that support some degree of inherited predisposition to BFRB disorders.

Here are in-depth explanations of the two most common BFRBs, trichotillomania and excoriation, as well as other BFRBs recognized by the DSM-5.

Trichotillomania is characterized by repetitively pulling one’s hair out. It typically occurs on the scalp, eyebrows, or eyelashes, but can occur anywhere else on the body. According to research, approximately every 2 in 50 people experience trichotillomania in their lifetime and the average age of symptom onset is 12 years old. It is also estimated that anywhere from 5%-20% of those who suffer from trichotillomania also swallow their hair. As a result of excessive hair pulling, people with this disorder often display bald patches or hair loss. According to the DSM-5, the diagnostic criteria for trichotillomania are:

Excoriation, also known as dermatillomania, is characterized by repetitive manipulation of the skin (including touching, rubbing, scratching, and digging). This repetitive behavior typically results in tissue damage, discoloration, and/or scarring. Research suggests 2%-5% of the population picks their skin to the point of noticeable tissue damage, and 75% of that population are female. According to the DSM-5, the diagnostic criteria for excoriation is:

According to The TLC Foundation for Body-Focused Repetitive Behaviors, other BFRBs include, but are not limited to:

Though BFRBs may exist long into adulthood or even begin in adulthood, BFRBs are especially prevalent in children and adolescents with the typical age of onset for BFRBs being between 11 and 15 years old. Trichotillomania (hair pulling) generally begins in the younger range (11-12 years old), while excoriation (skin picking) tends to fall towards the older end (14-15 years old) since the onset of acne due to puberty tends to enable such skin picking tendencies. Still, BFRBs have been reported in children as young as 1 year old. Medical research suggests BFRBs in especially young children like infants and toddlers may reflect more of a self-soothing behavior, like thumb sucking, rather than self-grooming tendencies. Therefore, researchers believe BFRBs that begin at an especially young age are less likely to develop into long-term behavior because the child will stop doing it once it’s no longer needed to soothe themselves.

Lastly, an important note in discussing BFRBs in children is the distinction between focused vs. automatic behavior. In diagnosing a person with a BFRB, mental health care providers typically find it useful to determine how the behavior manifests. In focused behavior, an individual is fully aware of their action and it could be a response to an internal trigger, like feeling shame, or an external trigger, like a fight with a friend. In contrast, automatic behavior involves a person engaging in a BFRB outside of their awareness, such as while watching television or reading. Focused BFRB tends to occur more often in adults, while automatic BFRB predominates in children.

Due to the excessiveness of the behaviors and the damage caused, there is often a stigma surrounding BFRBs which can lead those with these disorders – or parents of children who do – to attempt to hide them. If you or someone you love is experiencing a BFRB condition, it is imperative that you seek treatment. Although there are currently no drugs approved by the FDA for the treatment of BFRBs, psychotherapy has shown to be extremely useful in curbing or stopping these behaviors. A few of the most effective and commonly used types of psychotherapy used to treat BFRB conditions today, include Cognitive Behavioral Therapy (CBT), Dialectical Behavior Therapy (DBT), Habit Reversal Training (HRT), Comprehensive Behavioral Treatment (ComB), and Acceptance and Commitment Therapy (ACT).