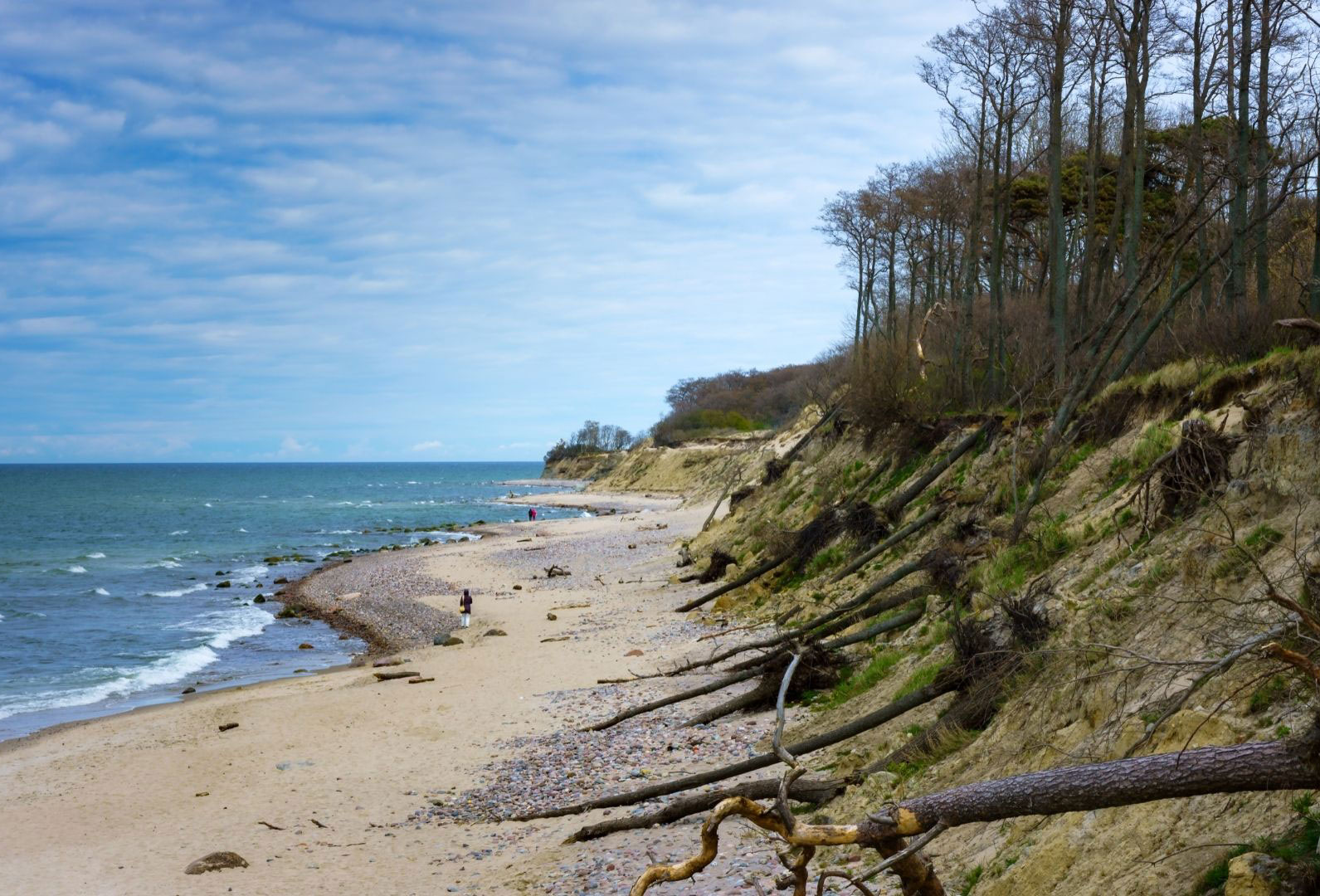 Dissociation and How it Can Affect Your Mental Health

By Viviana PerryApril 13, 2022No Comments

Home » Dissociation and How it Can Affect Your Mental Health

As the word describes, dissociation is an absence of association, and in the context of mental health, it refers specifically to an absence of association between a person and an aspect of their human experience, such as their feelings, senses, or identity. Dissociation is more common in our day-to-day life than you may initially expect. Have you ever driven from point A to point B without any recollection of how you did it? Or found yourself “lost” in a good book? Though mild, these are minor examples of dissociation. The normalcy of dissociation can also vary greatly amongst different cultures, especially as it relates to the practice of meditation and acceptance of certain psychotropic substances. Though meditation and dissociation are not the same, higher levels of meditation can produce a degree of depersonalization and/or derealization – two core components of dissociation further described below. And though psychotropic substances like Ayahuasca and THC that can induce dissociative states are used socially, spiritually, and medicinally in other regions, they are not as socially acceptable in the United States, and are therefore, used much less. Although these examples of dissociation may be regarded as minor, controlled, and ultimately “normal,” dissociation that is not healthy also exists. In this blog, we’ll discuss what dissociation is, what causes it, and how it can affect your mental health. Lastly, we’ll explore dissociative disorders.

Dissociation is a mental state of disconnect between a person’s thoughts, feelings, sense of self, or sensory experience. Individuals in a dissociative state typically experience depersonalization, derealization, or both. While dissociation is the blanket term used to refer to a detachment from things, depersonalization and derealization describe potential details of a dissociative experience. Depersonalization refers to a detachment from one’s physical body or mind. This can include feeling like a stranger to yourself, difficulty recognizing yourself in the mirror, feeling robotic or like you are on autopilot, or feeling as though a part of your body is not yours. People often describe it as feeling like an observer of yourself and your life. In contrast, derealization refers to a detachment from one’s surroundings. This can include feeling like things, places, or people – even those familiar to you – are not real or foreign. People have described it as feeling like you are living in a dream, but not in a euphoric sense. Individuals may or may not realize they are experiencing a dissociative state in the moment.

Most people are aware of the “fight or flight” stress responses, but less commonly understood is the freeze response. While fight and flight are hyperarousal stress responses characterized by increased responsiveness to a stimulus, the freeze response is a hypoarousal response characterized by decreased responsiveness, shutting down, and numbness, physically and emotionally. Though the cause of dissociation is not absolute, most mental health professionals suggest it is an example of the body’s freeze response to excessive stress.

Especially in the context of trauma survivors, it is pretty straightforward how/why dissociation is not only helpful, but protective. By dissociating, the body is able to lower the affective intensity of trauma and acute stress to a level the person is better able to cope with. Research suggests a direct relationship between childhood trauma and the development of full-scale dissociative disorders later in life, as well as the severity of symptoms. Still, traumatic events in adulthood may also lead to the development of a dissociative disorder. Common examples of traumatic experiences that can result in a dissociative disorder are physical or sexual abuse, emotional abuse, neglect, war, and natural disasters.

As we’ve discussed, dissociative disorders are typically the result of more severe trauma. Still, stress and trauma exist on a wide spectrum of nervous system arousal, and therefore, there are varying degrees of dissociation that are also associated with other disorders. Some of the most common conditions that may result in dissociative episodes due to an excess of stress on the body’s nervous system include post-traumatic stress disorder (PTSD), borderline personality disorder (BPD), substance use disorders, anxiety, and depression.

How Can Dissociation Affect Your Mental Health

As previously described, there is a helpful, protective aspect of dissociation. But much like the emotional walls people often establish to prevent from getting hurt, there are many ways that adaptive behaviors and strategies can become maladaptive. What unfortunately can happen with dissociation is that the brain can become accustomed to the relief that accompanies it and can begin to trigger that freeze response excessively. Though dissociation was helpful during the traumatic or extremely stressful event, excessive dissociation can quickly begin to limit a person’s ability to function effectively or feel deeply. For those without full-scale dissociation disorders, recurrent dissociation – even minor such as “spacing out” for an hour on social media – can negatively impact your mental health by tearing away at your sense of self-control and autonomy. Additionally, the general lack of continuity between thoughts, feelings, memories, time, and surroundings can negatively affect your sense of identity and cause significant disruptions in the connections you have with people and things in your life. This can result in profound feelings of loneliness, confusion, futility, and helplessness, which can easily lead to the development of other serious disorders such as anxiety and depression.

Like several mental disorders, some of the most commonly utilized methods of treatment for dissociation are psychotherapy (talk therapy) and medication. Psychotherapies like cognitive behavioral therapy (CBT) or dialectical behavioral therapy (DBT) have demonstrated resounding success in reducing a person’s dissociative symptoms. Psychotherapies like CBT and DBT serve to help an individual understand the cause of their condition and develop new coping strategies for the stressful instances that often incite dissociative episodes. Once a patient has strengthened their ability to utilize other coping strategies in stressful moments, a mental health professional may also help them work through the trauma that had been causing their dissociative episodes. In doing so, the hope is that the traumatic event does not garner as much stress in the future, or not as frequently, so there is less for an individual to cope with in the first place.

Another form of psychotherapy that has demonstrated success in treating dissociation is eye movement desensitization and reprocessing (EMDR). EMDR involves a patient briefly addressing emotionally disturbing memories while simultaneously focusing on an external stimulus. In most cases, that is therapist-directed lateral eye movements, but it can also be other stimuli, such as hand-tapping and audio stimulation. It is thought to enhance information processing and create new, neutral associations with a traumatic memory, which its reduce emotional distress.

There are no medications specifically approved for the treatment of dissociation or dissociative disorders. Instead, use of medication is typically centered upon treating symptoms that may be inducing dissociative states, such as severe anxiety and depression.

Previously referred to as Multiple Personality Disorder, DID is characterized by the existence and use of two or more identity states within the same person. This often includes the identities having different names, characteristics, values, mannerisms, and voices. Those with DID may feel like multiple voices are fighting for dominance in their head and often experience gaps in memory for everyday events, skills, and important personal information.

This is the most commonly diagnosed type of dissociative disorder. It primarily involves difficulty remembering important information about one’s self. In order for a person’s condition to be diagnosed as dissociative amnesia, it cannot be the result of head injury and must be psychologically-based. There are three types of dissociative amnesia: localized amnesia, selective amnesia, and generalized amnesia. Localized amnesia describes a failure to recall events during a specific period of time, while selective amnesia refers to a condition in which only some portions of a traumatic event can be remembered. Finally, generalized amnesia refers to a complete loss of memory for one’s life history, in which they may also forget their identity.

Dissociative fugue is a subtype of dissociative amnesia, which involves the loss of memory for personal information and is also accompanied by sudden, unexpected travel away from home or work. This, too, may result in the production of an entirely new identity. People experiencing a fugue appear normal to others and are most often unaware of their amnesia.

Depersonalization/derealization disorder is characterized by ongoing feelings of one’s detachment from their own actions, feelings, thoughts, and sensations. Additionally, they may experience a lack of reality for their surroundings, as if they’re in a dream or the world is distorted. Common sentiments of those with the disorder include difficulty recognizing themselves in mirrors, feeling as though they are only observers of their thoughts and sensations, and believing everything around them is artificial or lifeless. Largely unique to this dissociative disorder in comparison to the others, is that individuals with depersonalization/derealization disorder are aware of their dissociative state while experiencing it.