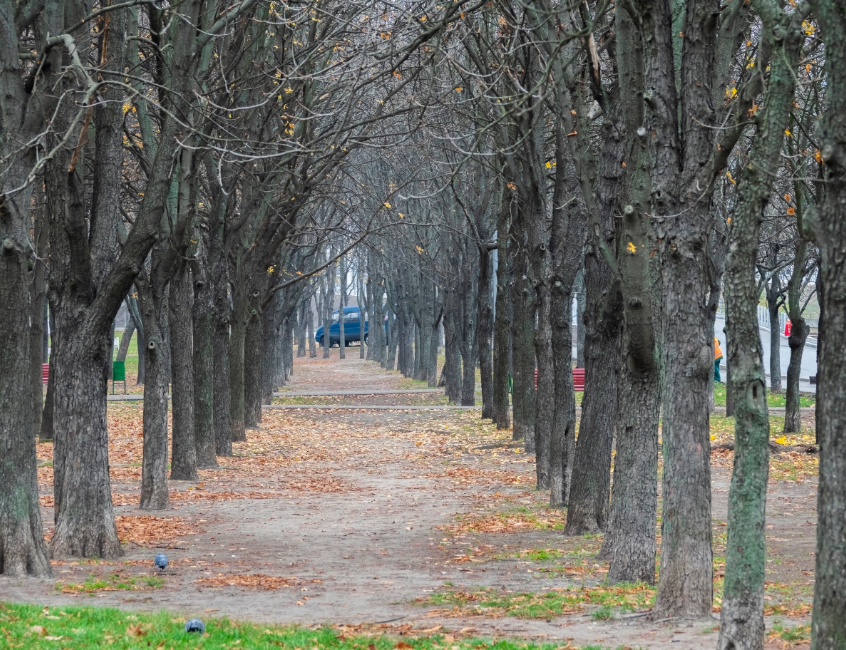 Everything You Need to Know About Seasonal Depression

By Viviana PerryNovember 2, 2021No Comments

Home » Everything You Need to Know About Seasonal Depression

For some, the end of summer and onset of fall/winter bring about joyful thoughts of pumpkin patches, Christmas lights, and fireworks. For others, the end of summer marks the onset of what has been informally dubbed the “Dark Ages.” In conjunction with dropping temperatures, the shorter days and longer nights this time of year can make daily functioning more challenging than spring and summer months. As we approach the “Dark Ages,” it is more important than ever to have a strong understanding of what seasonal affective disorder is, how it may present itself, and how it can be treated.

Seasonal affective disorder (SAD), or seasonal depression as it is more commonly known, is a clinical mood disorder. The DSM-5 classifies it as a type of depression – Major Depressive Disorder with a seasonal pattern. The symptoms of SAD are similar to depression, but typically affect people during the fall and winter months. According to current research, a significant portion of causes SAD can be attributed to seasonal changes in sunlight which can ultimately lead to chemical imbalances in the brain. In the winter, shorter days and longer nights result in our bodies producing less serotonin and more melatonin. Serotonin is a chemical in the brain that plays a large role in balancing mood and staying awake, while melatonin is a chemical in the brain that is largely responsible for making a person feel lethargic or sleepy. The combination of disturbances in serotonin and melatonin levels impact the body’s circadian rhythm. Circadian rhythms, or the body’s internal clock, are physical, mental, and behavioral changes that follow a 24-hour cycle in order for us to respond appropriately to light/dark changes in our environment. In disrupting an individual’s circadian rhythm, it is more difficult for their body to adjust to their external environment, which often leads to things like greater fatigue during their wake hours, difficulty falling asleep, and increased emotional sensitivity. There is a common misconception with SAD. Although it is seen more often during the fall and winter months, people can also be affected by SAD during the spring and summer. While it is much less common, summertime SAD is thought to have similar roots as wintertime SAD. As the days grow longer, too much sunlight can inhibit the body’s balanced production of melatonin, thus resulting in an equally disrupted circadian rhythm.

Every year, SAD takes a toll on over 5%, or about 16.5 million, of Americans, while another 10%-20% experience a milder form of SAD called subsyndromal seasonal affective disorder (S-SAD), commonly referred to as the “winter blues.”

”There are several factors that affect an individual's risk for developing SAD, such as age, location, gender, and comorbid mental illness. In regards to age, SAD typically presents itself in adulthood since the risk of developing SAD increases from childhood to adulthood, and the average age of onset is between 20 and 30 years old. About 4 out of 5, or 80%, of those diagnosed with SAD are female. Research suggests the reason women experience SAD more than men is connected to estrogen. Just as decreased sunlight and lack of Vitamin D can affect mood-balancing serotonin, fluctuating estrogen levels can, too.

Demographics indicate that the prevalence of SAD is up to 10% of the population depending on the region. Locations further from the equator (north or south) – those that get the least sunlight at different times in the year – demonstrate the highest prevalence rates of SAD. Since these are also the locations that get the coldest, people in these locations also experience greater difficulty in spending enough time outdoors because of poor weather conditions. When it comes to gender, research shows females are disproportionately affected by SAD compared to males. Finally, a significant influencing factor in the development of SAD is an individual’s mental health history as it affects 10%-20% of those with Major Depressive Disorder and about 25% of those with bipolar disorder. Altogether, it is important to recognize that females, young and middle-aged adults, those living further from the equator, and those with prior mental illness are at a greater risk for developing SAD.

The cold, dark fall and winter months can put a strain on anyone’s mood, but SAD is much more serious than occasional apathy or sadness. As previously stated, SAD is a type of depression characterized by a seasonal pattern. In order to be diagnosed with SAD, the person must demonstrate depression that begins and ends during a specific season every year with full remittance during other seasons. Also, evidence of a person’s depression with a seasonal pattern must occur for at least two years and the person must experience more seasons of depression than seasons without depression over a lifetime. The symptoms that characterize SAD include:

Some of the symptoms that are often specific to spring/summer SAD include:

SAD can be effectively treated using several different types of therapy, the most common being light therapy, antidepressant medication, talk therapy, or some combination of those. Treatments for seasonal depression depend on the severity of the symptoms.

Getting more natural sunlight each day is one popular way to combat seasonal mood changes, but if that’s not a viable option for you, artificial sunlight can trigger serotonin production in your brain as well. Light therapy is also referred to as Bright Light Therapy (BLT) or phototherapy. During light therapy, the patient sits in front of a bright lamp for 20 minutes or more each day, typically first thing in the morning. This artificial sunlight mimics natural daylight while filtering out harmful UV rays. Typical lamps used in light therapy emit 10,000 lux of fluorescent light, which is about 20 times greater than average indoor lighting. Light therapy is a popular first treatment plan for SAD and other depressions as the potential side effects are less severe than most other treatment options. Potential side effects of light therapy include eyestrain, headaches, irritability, and difficulty sleeping.

* For more information on light therapy and sun lamps, check out this article that Remedy founder, Dr. Kirsten Thompson, is quoted in.

Since SAD is a form of depression which involves disturbed serotonin levels, research has shown that antidepressant medication is another effective method of treatment. The antidepressant medications most frequently used in the treatment SAD are a class of antidepressants called selective serotonin reuptake inhibitors (SSRIs), and of the antidepressants in that class, fluoxetine (Prozac) and bupropion (Wellbutrin) have proven to be some of the most effective SSRIs in treating SAD. As the name suggests, SSRIs work by preventing or slowing the degeneration of serotonin left between neurons. Since it is destroyed at a slower rate, overall serotonin levels in the brain increase, and more serotonin translates to greater mood regulation and increased wakefulness. Antidepressant medication is an effective, often convenient form of treatment, especially for those whose SAD symptoms are severe and require more immediate improvement. However, the side effects of antidepressants can be severe, such as nausea/vomiting, drowsiness, indigestion, bruising or bleeding easily, dizziness, blurred vision, and much more. Since it is not uncommon for people find their side effects to be intolerable, other treatment options for SAD should also be considered before taking antidepressants.

This can be done on an individual basis, or in a group setting with others who are also coping with SAD or other types of depression. The most commonly used form of talk therapy is cognitive behavioral therapy (CBT). CBT involves the use of various techniques to help people change their thought patterns and behaviors that contribute to depression, anxiety, and other mental health disorders. In challenging the  thoughts and behaviors that perpetuate seasonal depression, people are able to improve their quality of life. An extremely significant benefit of talk therapy is that there are virtually no side effects and it has been shown to even have some positive results on increasing a person’s serotonin levels. In addition to CBT, psychologists may also work with their patients to devise lifestyle modification plans to combat SAD symptoms. Some modifications may include getting regular exercise, limiting starches and sugars in their diet, and practicing mindfulness (i.e. yoga, meditation).

Many people suffering from SAD may not even realize that they are in fact dealing with mental health issues. This is partly due to the idea that seasonal changes affect everyone differently and it can be difficult for someone who does experience seasonal or weather-related mood changes to determine whether these feelings need medical attention. If you feel you have symptoms of SAD, it is important to speak with a trained mental health professional so they may properly diagnose your condition and discuss therapy options. With proper treatment and prevention, SAD can be a manageable condition.