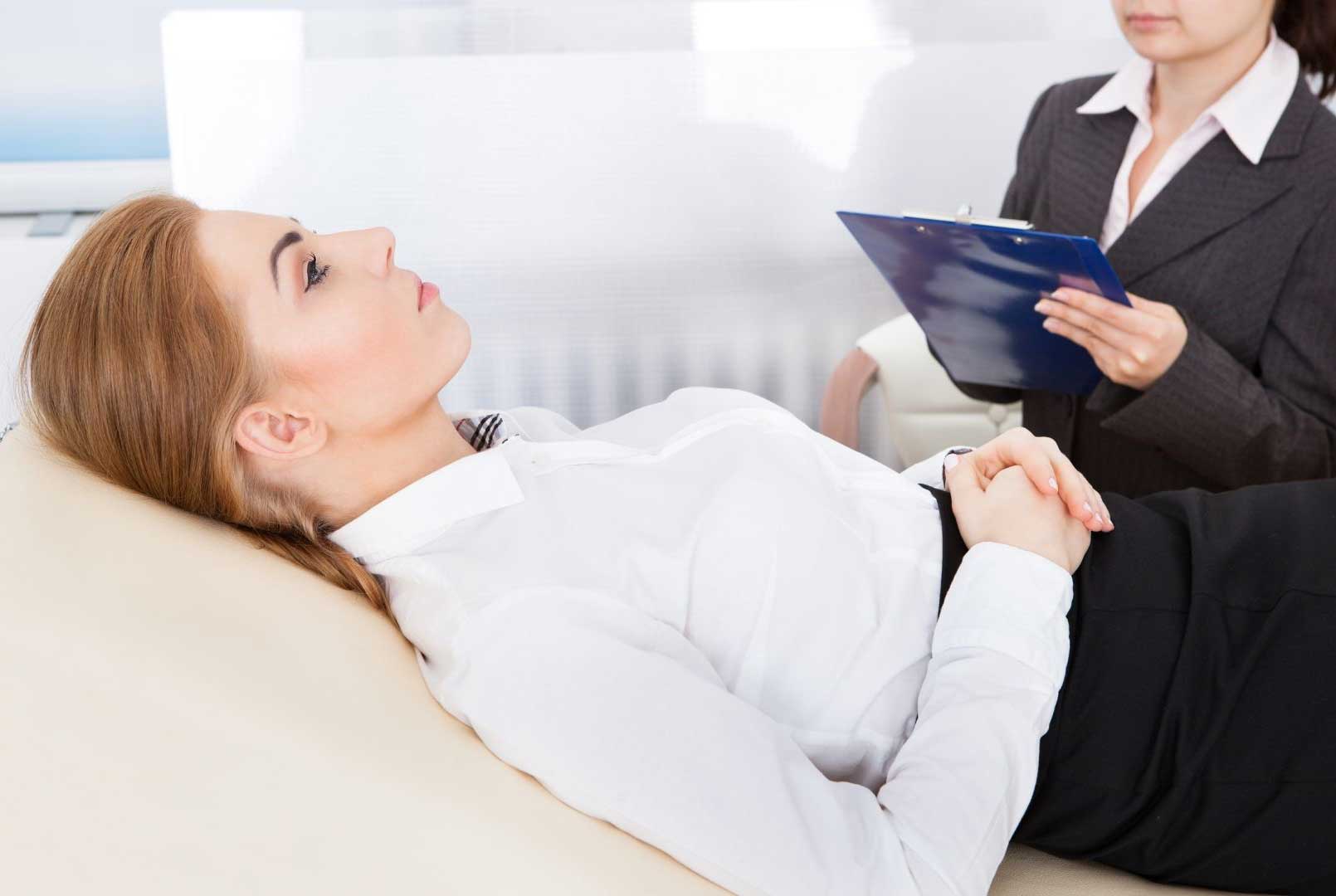 Brain stimulation has long been studied as a potential form of therapy for a variety of mental disorders. Today, there are multiple researched and used forms of brain stimulation therapies, such as electroconvulsive therapy (ECT), vagus nerve stimulation (VNS), and transcranial magnetic stimulation (TMS). These forms of therapy involve the use of electric currents to  inhibit or enhance brain activity in particular brain regions. Although brain stimulation therapies are less widely used than psychotherapy and medication, their continued development presents a promising future for the therapy of treatment-resistant conditions. In this blog, we will discuss what transcranial magnetic stimulation (TMS) is and how it is used to treat mental disorders like depression and obsessive compulsive disorder.

Transcranial Magnetic Stimulation (TMS) first came about in the 1980s as a way to study motor pathways in the brain. It is a noninvasive, typically painless form of brain stimulation, meaning the therapy is delivered entirely outside of the body. In short, it involves the use of magnetic fields to generate electrical stimulation in a patient’s brain. TMS is currently FDA-approved for the treatment of depression and OCD, but recent research suggests TMS could be an effective tool in other areas, such as treating Parkinson’s disease or accelerating stroke recovery.

There are three main types of TMS: single-pulse, paired pulse, and repetitive TMS (rTMS). In single-pulse TMS, one pulse is applied every few seconds, while paired-pulse TMS involves two pulses applied out of phase. Generally, single-pulse and pulse-paired TMS are more often used to explore brain functioning rather than induce longer-term changes in brain activity, like with rTMS. In repetitive TMS (rTMS), magnetic pulses are delivered in rapid succession to generate a subsequent train of electrical pulses. In other words, rTMS involves multiple pulses being delivered to the brain at a specific frequency, intensity, and/or time duration. The terms TMS and rTMS are often used interchangeably when referring to the treatment.

First, a microwave-sized device called the stimulator sends an electric current to a series of coils that are held over a portion of the patient’s head. The current flowing through the coils then generates the short, magnetic pulses that pass through the skull (transcranial) to produce electrical stimulation of the neurons in the targeted brain region. On the stimulator, the healthcare provider operating the device can set the specific frequency of electric current being applied to the coil, which is then reflected by the pattern of electrical stimulation in the brain. The range of frequencies that can be applied to a patient is 1-10 Hz, with higher frequencies typically facilitating excitation of neurons, while lower frequencies tend to facilitate inhibition of neurons.

Before beginning TMS therapy for a mental disorder, the healthcare provider may calibrate the machine for individual patients. This involves the delivery of a single, quick pulse in order to produce an involuntary muscle contraction, such as a finger twitch. Then, the therapy itself requires the patient to sit in a comfortable chair while the provider positions the coil against their head. The coil is most often held against the patient’s forehead as that area of the brain, the prefrontal cortex, is thought to be involved in mood regulation. The average rTMS session lasts 30-60 minutes (including set-up and breaks) and does not require the use of an anesthetic. TMS treatment requires multiple sessions to be effective. Patients can be asked to complete up to 36 treatments over the course of 6-9 weeks. Depending on the severity of the patient’s condition as well as their reaction to the procedure, most providers suggest carrying out daily sessions until completing 30-36 sessions.

The magnetic pulses being passed through a patient’s skull are about the same strength as the commonly-used magnetic resonance imaging (MRI) scan. Therefore, the treatment is typically completely painless, but a person may sense a tapping on the head that coincides with the pulse delivery. The muscles of the scalp, jaw, and face may also contract or tingle during the procedure. Fortunately, these are not long-term and all sensations typically end when the TMS device is removed.

Unlike other forms of brain stimulation therapy, TMS is relatively gentle in its treatment approach. Because it does not involve brain surgery or implantation of electrodes, the side effects associated with TMS are typically mild, improve shortly after each session, and decrease over time with additional sessions. Common side effects of TMS therapy include:

Although rare, TMS therapy can result in more serious side effects such as:

Studies on the safety of TMS therapy have found that most side effects were mild or moderate and no seizures occurred. Since greater use of TMS therapy is relatively new, more research is being done to determine long-term side effects. As with all treatment, speak to your healthcare provider about your side effects, so they can discuss options for your future sessions. They may adjust the level of stimulation or recommend over-the-counter medication to help reduce your symptoms.

The first rTMS machine was approved by the FDA in 2008 and it is one of several surface TMS devices used today. Surface TMS refers to treatment that only stimulates the outer cortex of the brain (approximately 1 cm deep) and it takes about 38 minutes. The second rTMS machine approved by the FDA was classified as a deep TMS device. Deep TMS technology is able to stimulate brain regions as far as about 3 cm deep and the procedure is completed in half the time (about 20 minutes). Deep TMS is often denoted as “dTMS,” but to be clear, it is still a form of rTMS. Some studies comparing surface TMS and deep TMS suggest the latter has higher efficacy in treating disorders like depression, but it has also been associated with greater side effects. This is likely due to the fact that it stimulates a much larger portion of the brain. Surveys on patient and provider attitudes towards the two types of TMS devices suggest surface TMS may still be the preferred therapeutic device since it tends to come with less side effects and allows for more flexibility and personalized treatment due to the shape of the stimulator. The latest development in TMS technology was the development and FDA-approval of Theta Burst Stimulation in 2018. Referred to as Express TMS or TBS, this treatment is notable for two primary reasons. First, the stimulator is set to pulse at the specific frequency that mimics the patient’s own brainwaves, thus enabling the brain to significantly increase the rate of neuroplasticity. Second, while the first-used TMS protocols took up to 38 minutes, the entire Express TMS procedure produces the same results in about 3 minutes with no significant increase in side effects.

As previously mentioned, TMS was first used as a means of studying motor pathways in the brain in the 1980s. Shortly after that, brain scans from research on depression found activity in particular brain regions that seemed especially notable in the disorder, such as the significantly underactive area in the prefrontal cortex (left dorsolateral prefrontal cortex). In 1995, researchers tested the use of targeted TMS therapy on that area of the cortex in the hopes that the TMS would increase neural activity in that brain region, thus alleviating depressive symptoms. The study’s results supported their hypothesis and 13 years later TMS was officially approved by the FDA for the treatment of depression in 2008. According to Harvard Health, approximately 50%-60% of those with depression experienced clinically-relevant benefits from TMS treatment. Additionally, about one-third of these individuals experience a full remission of depressive symptoms. Still, the current general attitude taken towards TMS treatment for mental disorders is that it should be utilized in the case that first-line treatment, such as psychotherapy and medication, failed to work or was only successful in minor reductions in symptoms. These disorders are often referred to as “treatment-resistant.”

Since 2008, the FDA has expanded the list of disorders and conditions TMS is approved to treat, including migraine headaches, tinnitus, and obsessive compulsive disorder (OCD) in 2018. One way that TMS treatment for OCD differs from that of depression is that TMS is most effective for OCD treatment when paired with exposure-response prevention (ERP) therapy, which depends on each patient’s individual OCD-related obsessions/compulsions. The belief is that exposure to a patient’s OCD-related aversive stimuli will activate the specific brain circuitry involved, thus allowing the healthcare provider to better target those brain regions. TMS treatment has shown to reduce symptom severity through enhancing a patient’s ability to resist compulsions and engage more effectively with ERP therapy, much likely the relationship between the traditionally used psychotherapy and mediation treatments. Altogether, TMS has presented an innovative way to help those with treatment-resistant conditions. It continues to be studied extensively with the hope that it could be used for the treatment of other neurological disorders, pain management, physical rehabilitation, and more.