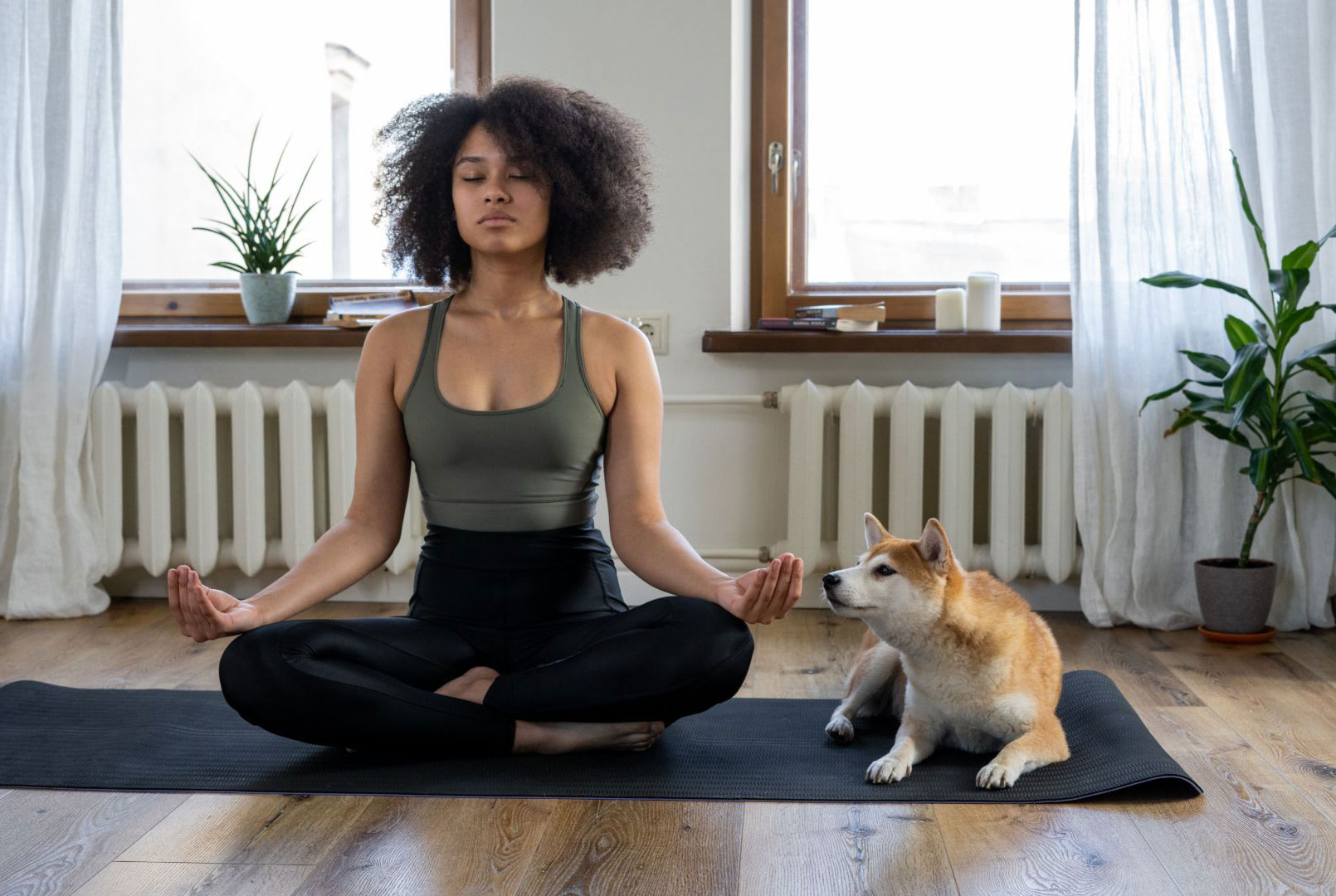 Mindfulness and Meditation for Overall Well Being

By Viviana PerryAugust 24, 2022No Comments

Home » Mindfulness and Meditation for Overall Well Being

Not too long ago, useful knowledge regarding mental health and its maintenance was typically only circulated amongst mental health professionals and those who actively sought the information. Now, the recent surge in mental health awareness has made words and phrases like ‘boundaries’, ‘self-care’, and ‘coping mechanisms’ popular amongst the general public. Of the mental health-related verbiage that has made its way into our everyday vocabulary, mindfulness is arguably one of the most important.

The origins of mindfulness dates back about 2500 years as it was first popularized by ancient eastern cultures’ religious and spiritual institutions, especially Buddhism. As it gained popularity in western cultures, the concept of mindfulness gradually shed its inherent religious association and is now practiced secularly by many. Though the word mindfulness can be used to describe a psychological trait, a practice, a state of awareness, or a psychological process, the most widespread western understanding of mindfulness is experiencing a profound, heightened sense of awareness for one’s environment(s) – internal and/or external – without applying any judgment. It is often appropriately dubbed as a bare awareness. Dr. Jon Kabat-Zinn, a leader in popularizing mindfulness in the West, outlined what are now considered by many to be the 7 pillars of mindfulness. They are:

Mindfulness can be practiced in a variety of ways and what works for one person may not be the best option for another person. For some, practicing deep breathing or yoga enables their mindful state. For others, exercises like walking, running, or swimming are best at helping them practice mindfulness. One of the most widely known – and our focus for today’s blog – is meditation.

Meditation, like mindfulness, dates back thousands of years and has religious foundations although it is a secular activity for many today. Meditation involves clearing one’s mind of extra noise and being highly intentional about where one’s attention is directed. There are several ways to meditate, and different forms may be more beneficial for different problems. For example, certain types of meditation can help you sleep better while others are more beneficial for reducing specific anxieties. Some common forms of meditation include:

The Research on Meditation

Though it may seem clear why/how mindfulness and meditation can benefit overall well-being, research involving such themes began relatively recently in the late 1970s. Dr. Jon Kabat-Zinn was a pioneer in the application of mindfulness meditation as a form of behavioral intervention for clinical problems, such as chronic pain and anxiety. He developed the first mindfulness-related treatment called Mindfulness-based Stress Reduction (MBSR) which is an 8-week program that involves body scanning, secular meditation, yoga, and other activities that promote mindfulness. Since the inception of MBSR, several other treatments that use practices and principles related to mindfulness have been created, such as Mindfulness-Based Cognitive Therapy (MBCT), Dialectical Behavior Therapy (DBT), and Acceptance and Commitment Therapy (ACT).

As researchers continue to conduct studies investigating the effects of mindfulness practices, it becomes increasingly apparent that they can significantly benefit physical and psychological well-being. In one study looking at how meditation affects the brain’s response to pain, researchers found that subjective ratings of pain did not significantly differ between groups of long-term meditators and healthy controls. However, long-term meditators showed 40%-50% less cerebral blood flow to brain areas involved in pain response than the controls did. Moreover, when control group participants practiced meditation for 5 months after the initial result scans, their pain response also decreased by 40%-50%. These results suggest that meditation aids in reducing the emotional dimension of pain when practiced over time. This finding is significant because although pain ratings were not reduced by meditation, the results did suggest practicing meditation can reduce the distress one feels as a result of their pain.

In another study looking at the effect of meditation on stress, anxiety, depression, and perfectionism in a college population found that students’ self-reports of all variables (stress, anxiety, etc.) significantly decreased after two semesters of practicing transcendental meditation. Such findings are especially significant as mental health continues to worsen among adolescents and young adults nationwide. Meditation may be an effective technique to supplement the counseling, psychotherapy, and medication resources several universities provide. An impressive amount of research on the effects of mindfulness and meditation has been conducted since it first began in the 1970s, but researchers continue to study the mechanism by which mindfulness and meditation impact physical and mental health. Still, an overwhelming majority of evidence already supports the claim that it is beneficial for overall well-being. Meditation may seem intimidating to first-timers, but there are several resources like YouTube, podcasts, and books that can help guide your exploration of mindfulness and meditation.