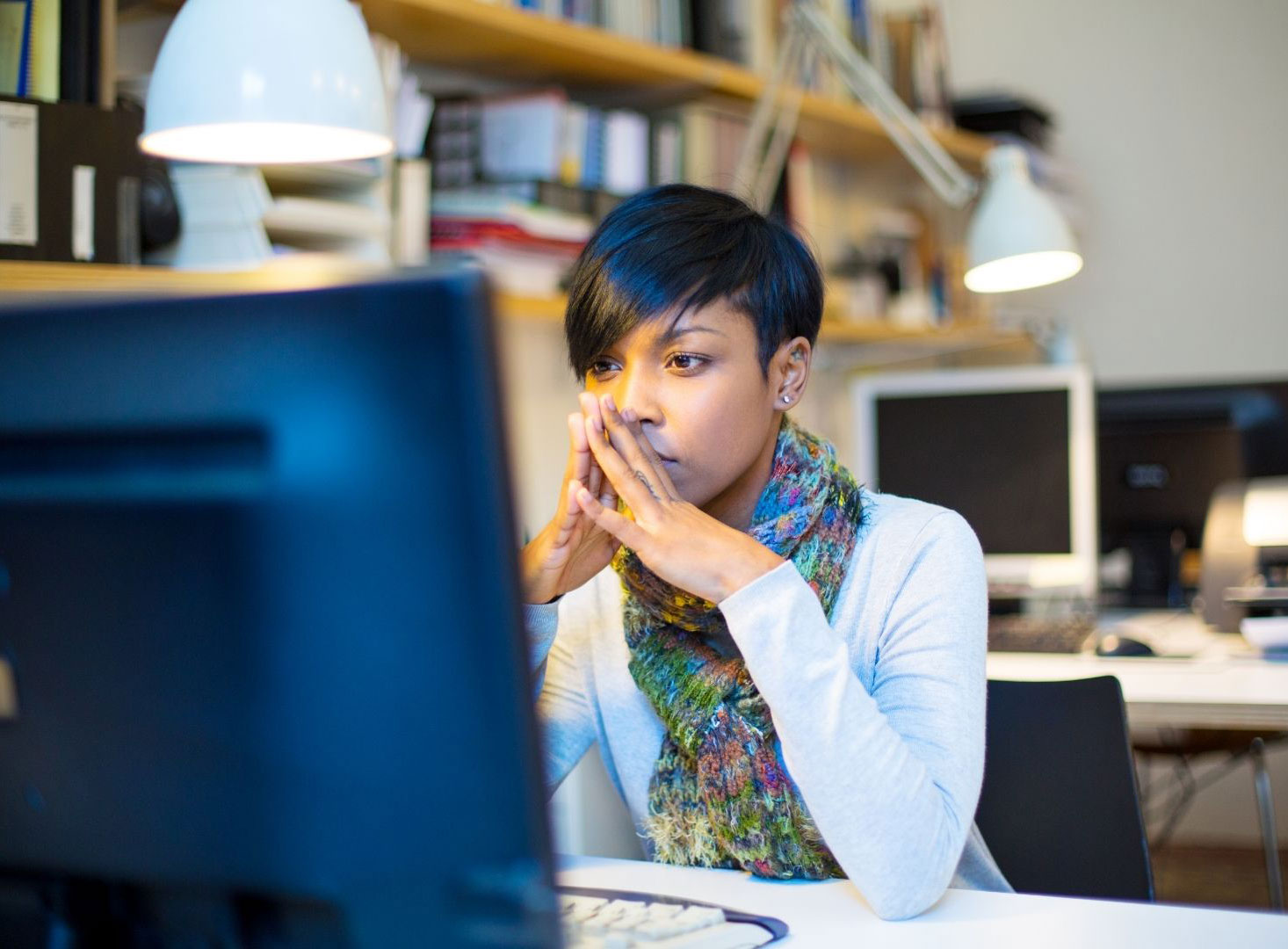 By Viviana PerryJanuary 13, 2022No Comments

So many things have changed since the onset of the Covid-19 pandemic – our brains included. Have you experienced any increased difficulty concentrating or remembering things? The brain fog you may be experiencing is what’s commonly being referred to as “pandemic brain,” and it is affecting masses. In this blog, we’ll discuss how the pandemic has affected mental and physical health, what “pandemic brain” is, and how to cope with it.

Health and the Pandemic

Since the world seemingly shut down in early 2020, there has been an unprecedented amount of stress thrusted upon each individual. From rising positive cases and increasing unemployment numbers to social and political unrest, the last 2 years have been characterized by an endless stacking of enormous stressors. Whether or not you feel you personally experienced multiple major stressful events, everyone has been subject to continuous  microstressors since the pandemic began. For some, the amount and longevity of stress, anxiety, and uncertainty presented by the pandemic has led to both physical and mental distress. The results of a survey conducted by the American Psychological Association (APA) in February 2021 show that the prolonged stress experienced by Americans is contributing to a new wave of health concerns directly related to the pandemic, including weight changes, insomnia and substance use. 61% of adults reported experiencing undesired weight changes, 67% reported sleeping more or less than they did before the pandemic, and about 25% reported increasing alcohol consumption to help cope with the stress of the pandemic. In addition to the APA’s  findings, data collected by the US Census Bureau showed over a third of Americans are experiencing signs of clinical anxiety, depression, or both since the onset of the pandemic. Rates of anxiety and depression were highest in young adults, women, and those who are economically disadvantaged.

Altogether, the pandemic has had negative effects on individuals’ physical and mental health and researchers are anticipating evidence of long-term effects in the future. One effect researchers are already beginning to study is being commonly referred to as “pandemic brain” – a mental fog brought about by the stress of the pandemic that often has symptoms reminiscent of ADHD.

What is Pandemic Brain?

As previously suggested, pandemic brain is a mental fog brought about by the circumstances presented in the pandemic. It has been described as a cognitive inefficiency that makes things like focusing, problem-solving, organizing and completing tasks feel more challenging. This poorly understood state of mind is not diagnosable and it does not have any strict symptomatic guidelines, but researchers and doctors have begun theorizing about the mechanics of this widespread cognitive impairment.

Research on pandemic brain is extremely limited. However, one study motivated by prior evidence linking neuroinflammation with fatigue, brain fog, and depression examined brain scans of healthy, non-infected individuals before and after the pandemic lockdown. Results showed significantly elevated levels of signaling from brain regions involved in stress, depression, and “sickness behaviors.” Moreover, among the post-lockdown cohort, participants who reported experiencing more intense symptoms demonstrated higher levels of signaling in the previously mentioned brain regions than those who reported experiencing little to no symptoms. Although research involving the pandemic brain is incredibly new and nuanced, the findings of this study present the theory that increased neuroinflammation in brain regions associated with stress, depression, fatigue, and brain fog may be a cause of pandemic brain symptoms.

Faculty at the Center for the Treatment and Study of Anxiety at the Perelman School of Medicine have also proposed a theory on what is causing pandemic brain. The limbic system is an area of the brain which acts as a control center for feelings and reactions, such as the fight-or-flight response. It communicates with the prefrontal cortex, the area of the brain involved in executive functioning, like planning, organization, and self-control. Ample research suggests the limbic system is especially sensitive – and therefore, hyperactive – during times of stress and other unfavorable emotions. Therefore, when an individual is overwhelmed with stress, their hyperactive limbic system begins to overpower the usual two-way communication between the limbic system (emotional) and prefrontal cortex (executive functioning). In other words, just like you wouldn’t be able to do a math problem while you were running to escape a tiger chasing you, right now the survival part of our brains is in overdrive due to the pandemic, and it’s clouding our concentration. This ultimately can result in dysfunctional executive functioning, thus making it more difficult to concentrate, initiate action, organize, and control impulses.

With symptoms like problems concentrating and organizing/completing tasks, pandemic brain can easily be mistaken for ADHD. Additionally, research suggests misdiagnosis of ADHD is especially high in those experiencing higher levels of stress, depression, and anxiety since there are some similarities in symptoms between the conditions, such as difficulty concentrating and completing tasks.

From our current understanding of pandemic brain, it is similar to brain fog, which is characterized by a lack of focus and mental clarity, forgetfulness, taking longer to complete a task, fatigue, and more. As previously noted, it is a new and nuanced phenomenon that is currently undiagnosable and lacks a fixed set of signs and symptoms. Therefore, discerning between ADHD and pandemic brain is most easily accomplished by ruling out the possibility of having ADHD. ADHD is a neurodevelopmental condition characterized by a persistent pattern of inattention and/or hyperactivity/impulsivity which interferes with functioning or development. Critically to those trying to figure out if they have pandemic brain or ADHD, It is typically recognized and diagnosed in early childhood or adolescence. So, although difficulty focusing or completing tasks are commonly known signs of ADHD, they are not necessarily any cause for concern. Before self-diagnosing consider the many factors that could be the cause of your symptoms, such as troubled sleeping, poor diet, or lack of movement. Aside from issues with executive functioning, there are a host of other criteria that must be met before an ADHD diagnosis can be issued by a mental health professional. The following is the DSM-5 diagnostic criteria for ADHD (for adults):

Hear some tips from our experts:

”While ADHD can be a lifelong disorder that presents in childhood, luckily the vast majority of people experiencing new onset inattention and poor focus most likely are not having acute onset of ADHD, but rather the newly coined “pandemic brain”. While we don’t know exactly the cause yet, and the symptoms are frustrating - the hope is that these symptoms will improve over time and completely resolve, unlike ADHD. If you’re experiencing these, you’re not alone, and also, focusing on stress reduction, healthy behaviors and talk therapy are brain-healthy first steps in improving your symptoms!

”Unless you’ve already been diagnosed with ADHD, chances are you’re experiencing pandemic brain - with the rest of us! The tricky thing about ADHD and a reason why so many of us wonder if we have it, is because the symptoms of ADHD can be common experiences from living in a busy modern society with endless demands that pull for our attention constantly. And then add a seemingly never ending pandemic on top of that… it’s too much! TOO MUCH! Be kind to yourself and lower your expectations. It makes complete sense why you’re avoiding difficult tasks, why you can’t focus, why you forget things, and why your mood shifts. Do the things you have to do, get to the other things if and when you can, but most importantly, be gentle with yourself - you’re having an appropriate response to a very difficult situation 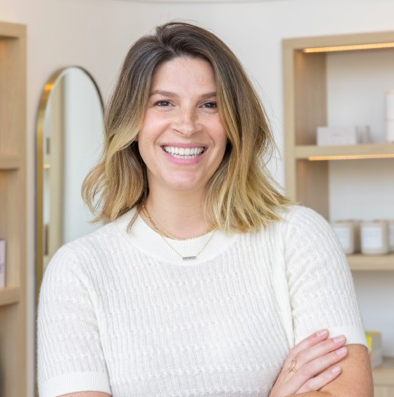 How to Cope with Pandemic Brain

Regardless of the cause, the symptoms of impaired focus and executive functioning can pose real challenges to everyday tasks and responsibilities. Just as the brain had to adapt to a changing world with the onset of the pandemic, it may need help readjusting to a lifestyle reminiscent of pre-pandemic times. Here are some ways you can help your brain health and override brain fog brought on by stress:

If after weeks of implementing these changes into your lifestyle you do not not notice any improvement in your cognitive ability, it may be beneficial to speak to your doctor so you can be assessed for any other potential health problems that could be the cause of your brain fog. Above all, remember you are not alone in feeling unwell physically and/or mentally since the pandemic began, and it is understandable to feel overwhelmed and unsettled after 2 years of incessant change.