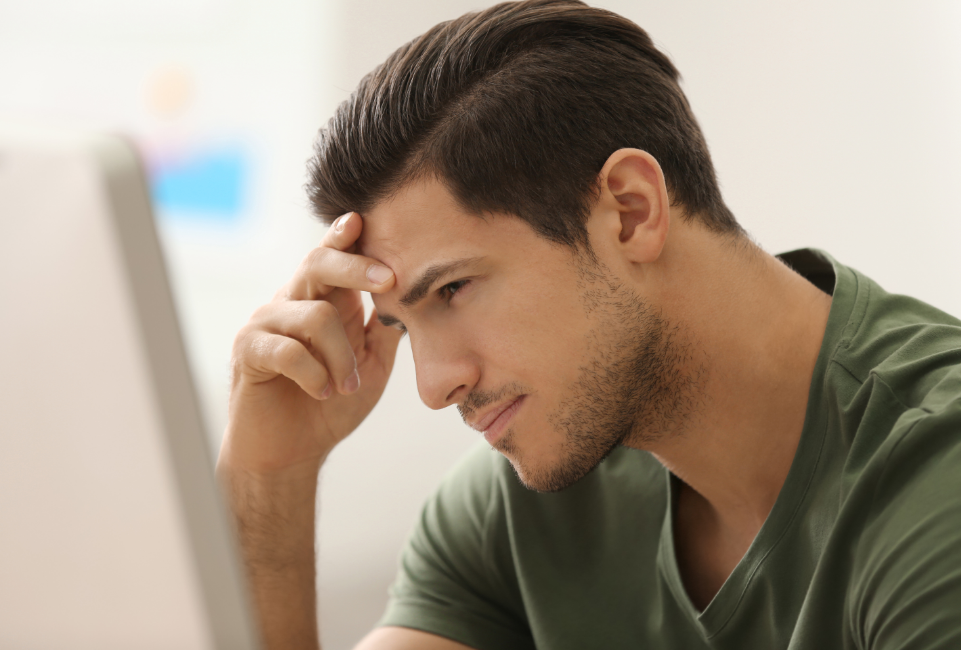 By Viviana PerryOctober 28, 2021No Comments

Have you ever felt stressed? I’m sure you can think of a few separate instances just today in which you felt a bit overwhelmed. Despite the extra challenge we feel stress can pose on us, the existence of our nervous systems’ stress response is at its core intended to benefit us. It induces physiological changes that prepare our bodies for “fight or flight” in emergency situations, such as increasing blood pressure, heart rate and adrenaline levels. Of course, modern day circumstances mean most people do not commonly experience life-or-death situations in their daily life anymore, so what role does the nervous system’s age-old stress response play today? Your nervous system serves to respond to perceived threat, which means it will induce the same physiological changes whether the danger it is responding to is real or imagined. With this understanding, we can begin to discuss psychological stress and its effects.

What is psychological stress?

With physical stress, such as exercise or injury, it is often much easier to identify the cause of the stress and to understand the physical sensations of that stress. For example, if you break your leg, it is simple enough to understand that the pain you feel in your leg is due to a broken bone. In contrast, psychological stress can be, and often is, comprised of multiple layers of emotions, each with different roots. For example, several of those who lose a loved one feel a wide array of emotions ranging from the more understandable few, such as sadness or numbness, to some that may seem odd, such as anger or guilt. Then, in addition to a mixed array of emotions, understanding where they are coming from is not always straightforward. Although it was the death of a loved one that brought those emotions forward, the individual may feel angry because of a sense of abandonment, or guilty because they did not spend much time with them before they passed.

Ultimately, psychological stress is often more nuanced than physical stress. Psychological stress has been defined as “a particular relationship between the person and the environment that is appraised by the person as taxing or exceeding his or her resources and endangering his or her well-being” – key word being appraised. The effects of stress on an individual may vary from person to person. Some people may be able to endure more than others, while the same psychological stressors can lead to clinically diagnosable mental health conditions, such as anxiety and depression, in others. A theme that unites many of the events or circumstances that cause psychological stress is that they often place individuals in a position where they lack control and/or are forced to face an uncertain future. Common examples of such events or circumstances are relationship problems, moving to a new city, job security, financial troubles, the health of loved ones, societal beauty standards, lack of social support, and much more.

It may help to understand psychological stress in terms of the recent circumstances we have each had to deal with recently. With an almost continuous stream of external events and circumstances that generated senses of helplessness and uncertainty, 2020 and 2021 have provided ample sources of potential psychological stress for every person in America. According to surveys conducted by the American Psychological Association (APA), adults in the United States are recording even higher levels of stress than those recorded in 2020. For many, this is in response to an accumulation of multiple issues including, but not limited to: health concerns, forced lifestyle modifications, political unrest and violence, racial divisions, and economic instability. 81% of those surveyed said the future of the nation was a significant source of stress for them, 80% reported the same for the COVID-19 pandemic, and 74% for political unrest. Overall, the national average stress level reported on a scale of 1-10 (little stress-extreme stress) was 5.6 in January of 2021, which was a significant 0.6 increase from the national average recorded in August of 2020.

First, acute stress is the most common form of stress we experience. It is typically the result of upcoming expected challenges, such as a final exam, or recent unexpected changes, like a car accident. Acute stress generally occurs in short doses, but the intensity of stress in that episode can vary greatly and our minds can extend acute stress episodes by ruminating on the event or circumstance that caused it. In more extreme cases of acute psychological stress, such as experiencing a natural disaster, some can develop acute stress disorder (ASD) or Post-Traumatic Stress Disorder (PTSD).

The third, and final, type of stress identified by the APA is chronic stress. Chronic stress is ongoing, long-term emotional pressure that may be the result of circumstances that you have/had little to no control over, such as poverty, childhood trauma, and racism. A typical feature of chronic stress is that the individual does not know when the demands of those stressors will end so they begin to make accommodations to manage day-to-day, such as avoiding social situations or giving up meaningful goals. When experiencing chronic stress, the individual’s stress response is activated so frequently that it does not allow their nervous system time to recover between episodes. Research has shown that frequent nervous system arousal has a negative impact on both short- and long-term health, such as an impaired immune system and an increased risk for developing heart disease.

The body is extremely capable of dealing with stress, but as with all other things, too much of something is never a good thing. When psychological stress becomes long-term or chronic, it begins hurting the body.

”Psychological stress has been shown to impair the immune system, disrupt sleep patterns, increase pain from muscle tension, worsen headaches/migraines, cause digestive problems, and much more.

In terms of long-term health consequences, research has found especially concerning associations between psychological stress and cardiovascular problems. Stress has shown to contribute to inflammation in the circulatory system, which leads to increased risk for high blood pressure, heart attacks, and stroke.

There are several ways stress can affect the brain. Since the spectrum of stress intensity is quite extensive, it is not inherently a mental disorder recognized by the DSM-5. However, extreme stress or persistent stress may develop into one of the seven Trauma- and Stressor-Related Disorders defined by the DSM-5. They are:

Even if an individual’s stress is not diagnosable by the above disorders, stress is known to heavily influence and enable the development of other mental illnesses like anxiety, depression, and addiction. Other psychological effects of stress include memory impairment, poor concentration, and attention problems, as well as diminished cognitive abilities such as decision-making skills. Research is still being done to understand how stress is involved in the development of mental disorders and cognitive impairments, but current studies have identified potential biochemical and structural explanations. Biochemically, researchers have found that frequent release of stress hormones affect regions of the brain involved in memory and emotion regulation, which can impair those regions’ ability to control the stress response itself. Structurally, different studies have found structural abnormalities in particular brain regions of those with anxiety and/or depression and long-term stress has shown to affect nerve cells (grey matter) in the brain and the connections between them (white matter).

Stress is such a common part of most people’s lives that, even if it is brought up in conversation, it can be easily overlooked. Acknowledging stress and identifying its specific impact is the first step in understanding how to cope with it. If you or someone you know is struggling, it is important to seek help in order to avoid more serious physical and mental health problems.

Doughty, Bryony. (2018, May 16). Stress and Our Mental Health – What is the Impact and How Can We Tackle It? MQ Mental Health Research. https://www.mqmentalhealth.org/stress-and-mental-health/?lang=en_us