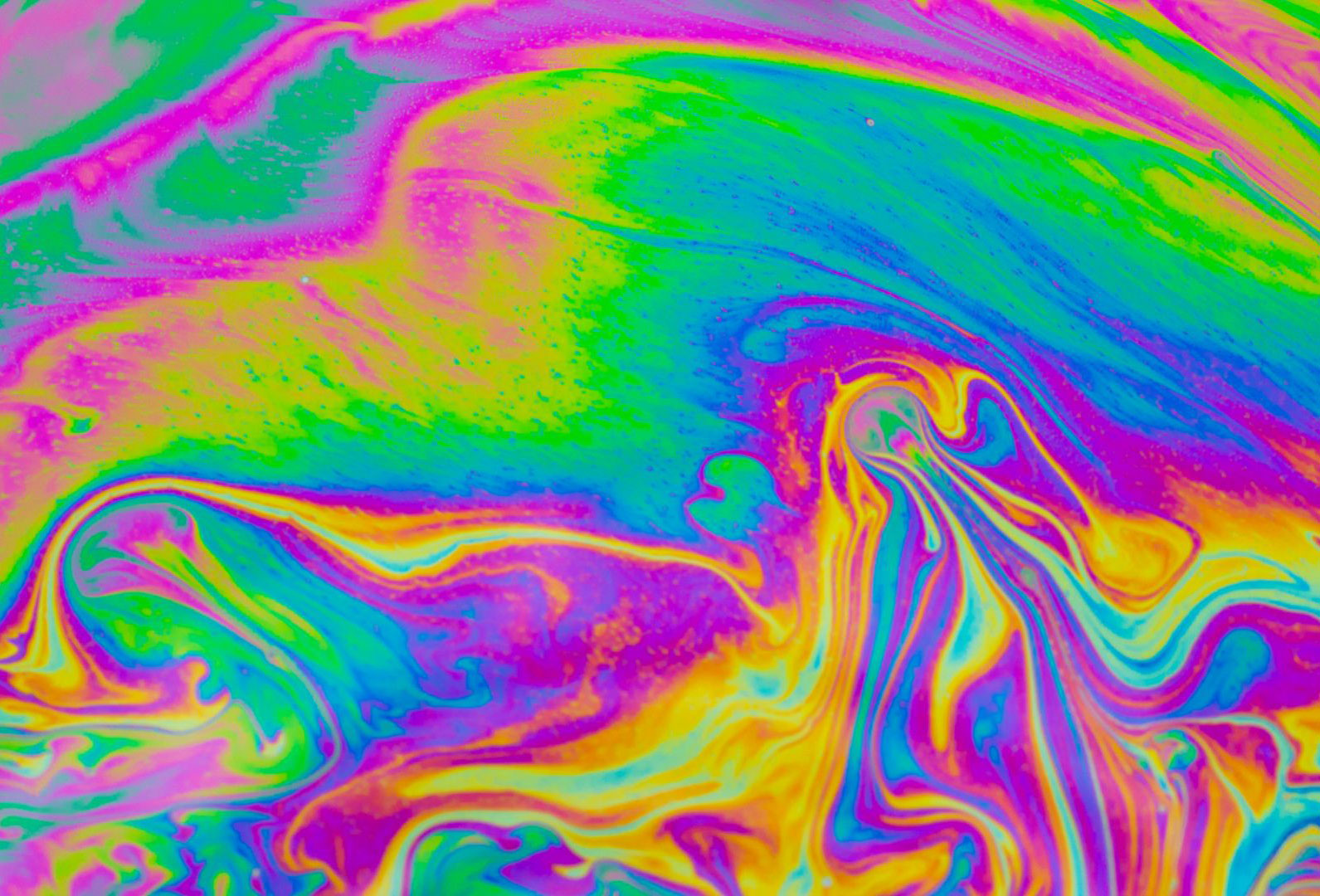 By Viviana PerryAugust 9, 2022No Comments

Home » What are Psychedelics?

And research on their impact on certain mental health conditions.

Psychedelics are substances that create profound changes in perception, mood, and cognitive processes. They are often also referred to as hallucinogens, which can be misleading since not all psychedelics cause hallucinations, and for several, it would require higher doses to do so. All psychedelics do, however, affect an individual’s senses (vision, hearing, etc.), thinking, sense of time, and emotions.

Some of the most commonly known types of psychedelics include: marijuana (cannabis), LSD (lysergic acid diethylamide), psilocybin (mushrooms), mescaline, DMT (dimethyltryptamine), MDMA (ecstasy), ketamine, and PCP (phencyclidine). Some psychedelics occur naturally, such as psilocybin, while others are synthetic, like LSD, and they can come in a variety of forms, such as powder, mushrooms, or blotter paper.

The use of psychedelics is not new, in fact, it predates written history. Naturally occurring psychedelics, like psilocybin mushrooms, peyote, and ayahuasca, have long been used in cultures often as part of spiritual rituals. Anthropological literature suggests members of these cultures use psychedelics as a means to transcend everyday thinking, get closer to their spiritual figures, and learn profound insights about life.

For the most part, yes – but there is a bit more to the conversation. In 1970, Congress passed the Controlled Substance Act under which certain substances could be classified and regulated by the DEA according to five categories, or schedules. The Drug Enforcement Administration (DEA) classifies psychedelics as schedule 1 drugs, which are defined as substances with no currently accepted medical use and which have a high potential for abuse. Examples of other schedule 1 drugs are heroin and methaqualone (quaalude)

Schedule 1 drugs are effectively illegal for anything outside of research, but as you might have already asked yourself – how, then, is marijuana legal in any state? In short, legal structures exist at the federal, state, and local levels of government, and although federal law supersedes all, a variety of exclusions ultimately allows state laws to differ from federal laws. This is what allows states like Colorado and California to make marijuana fully legal, while Utah and Florida have only legalized it for medical use, but it is still fully illegal in Kansas and Idaho. In total, marijuana is fully legal in 19 states.

That being said, the legalization of any other psychedelic in the United States still remains far behind that of marijuana. Oregon is currently the only state to have decriminalized psilocybin, ketamine, and DMT state-wide and legalized psilocybin for medical use under supervision. In California, psilocybin and DMT have been decriminalized in only Oakland and Santa Cruz, and ketamine is legal for medical use state-wide. To clarify, decriminalize does not mean legalize. When a substance is decriminalized, the production, sale, and possession of it is still prohibited, but it is not prosecuted to the same extent as a fully illegal substance.

Research on the Effects of Psychedelic Treatment

Extensive research has already been conducted surrounding the benefits of marijuana in treating a variety of medical conditions, such as pain, epilepsy, nausea and vomiting (due to chemotherapy), and glaucoma. Although the use of other psychedelics in treating medical conditions has not garnered as much public and government support, research surrounding the medical applications of different psychedelics continues to produce promising results.

Published in the American Journal of Psychiatry, an evidence-based summary of the literature on the clinical application of psychedelic drugs in psychiatric disorders found that the most significant bulk of success exists for MDMA and psilocybin in the treatment of posttraumatic stress disorder (PTSD) and treatment-resistant depression, respectively. In 2018, the FDA even designated the psilocybin as a “breakthrough therapy” for treatment-resistant depression. Furthermore, the summary found that although research on LSD and ayahuasca is observational, preliminary evidence suggests these substances may have promising therapeutic effects in specific psychiatric disorders.

In one study, researchers evaluated the efficacy of psilocybin-assisted psychotherapy for patients with moderate to severe depression and treatment-resistant depression. Using the Quick Inventory of Depressive Symptomatology (QIDS), results showed statistically significant decreases in depression scores from baseline to the 1 week (-11.8) and 3 month (-9.2) markers post-treatment. Furthermore, measures at the 3 month mark using the Beck Depression Inventory (BDI) showed that a significant reduction in depression score was achieved by 58% of patients, and 42% of patients achieved complete remission. Another study investigated the effects of psilocybin on depression and anxiety in patients with terminal cancer who also had a clinical anxiety or mood disorder. It found that high-dose psilocybin treatment, but not low-dose, produced large and statistically significant decreases in depression and anxiety symptoms 5 weeks after treatment, which persisted through the study’s 6-month follow-up.

In 2010, the first study (phase 2) investigating the efficacy of MDMA in treating posttraumatic stress disorder (PTSD) was conducted. Using the Clinician-Administered PTSD Scale (CAPS), the study found that CAPS scores of MDMA-treated participants decreased significantly by the 4 day and 2 month post-treatment markers. Additionally, a significantly greater proportion of the MDMA group (83%) achieved a > 30% reduction from their baseline CAPS scores than the placebo group (25%). All placebo-treated participants were then offered the option of MDMA treatment, and of the seven participants that chose to do so, all seven had a clinical response (reduction > 30% from baseline) 4-6 weeks after MDMA treatment. Finally, CAPS scores recorded 17-74 months after MDMA treatment found that, on average, MDMA-treated participants maintained statistically and clinically significant PTSD symptom relief. Overall, this study demonstrates MDMA’s efficacy as a potential durable therapeutic agent.

In regards to LSD, research examining the efficacy of LSD-assisted psychotherapy in patients with anxiety associated with a medical disease (e.g. Parkinson’s) found mean state anxiety was significantly decreased in the high-dose LSD group compared to the low-dose group at the participants’ 2-month follow up. Research involving ayahuasca remains largely nonexistent in the United States, but studies conducted in Brazil have demonstrated ayahuasca potential benefit for those with treatment resistant depression.

Though research surrounding the potential medical uses of psychedelics demonstrate their promising benefits, it is important to keep in mind that more research is needed to learn about the substances and their subsidiary effects. Like any drug, there are risks involved. For example, MDMA may result in short-term high blood pressure, increased heart rate, and elevated body temperature during a session, which can lead to other dangerous medical conditions associated with overheating or extreme dehydration. Additionally, illicit and unsupervised nonmedical uses of psychedelics have been linked to an increased risk of psychosis. Therefore, it is still highly unadvised that individuals ingest psychedelics without supervision of a mental healthcare provider.

In addition to side effect, psychedelics, like prescribed medications, may have interactions when used in combination with other medications, so it is always important to discuss their use with a patient’s medical team.