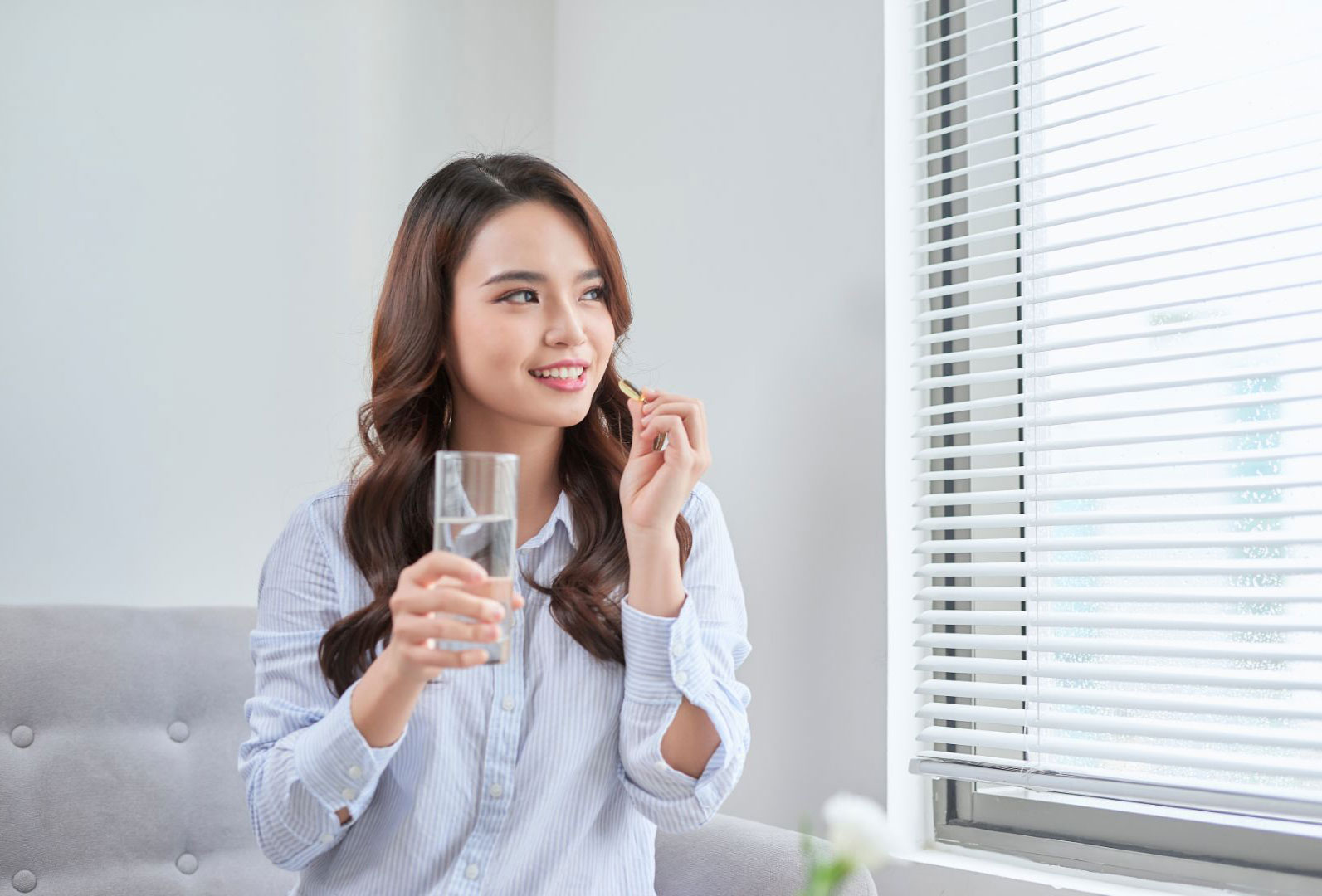 Why Vitamin B and Nutrition is Important to our Brain Health

By Viviana PerryJune 8, 2022No Comments

The biomedical model of medicine refers to a framework for understanding illness, treatment, and health overall. It is centered upon the thought that all illness is the result of some biological abnormality, and health is nothing more than the absence of disease. For much of history, the biomedical model of medicine has dominated healthcare in Western cultures, such as ours in the United States. However, a host of twentieth-century trends have introduced and shaped a new model of medicine known as the biopsychosocial model. This model has a more holistic view of health and acknowledges that health is determined by the interaction of biological mechanisms, psychological processes, and social influences; therefore, maintenance of health ought to involve measures that are similarly well-rounded. Though the biomedical model of medicine continues to be more prevalent in our healthcare systems, the biopsychosocial model continues to gain more acceptance, which has led to the development of various subfields of research and medicine, such as health psychology and nutritional cognitive neuroscience.

One of the most widely-recognized examples of the biopsychosocial model of medicine gaining greater acceptance is the increased discussion surrounding the benefits of mindfulness practices, such as yoga and meditation, on overall health. And just as mindfulness has gained importance in the discussion of treating and preventing illness, so too has nutrition. The importance of nutrition as it pertains to health is not a new topic, but the discussion has typically focused on themes of how poor nutrition negatively impacts physical health, such as increasing one’s risk of obesity, diabetes, and heart disease. In accordance with the greater acceptance of the biopsychosocial model of medicine, the discussion of nutrition and health has aptly expanded to include how poor nutrition can have a profound effect on an individual’s mental health as well.

A common analogy used to describe the relationship between nutrition and mental health is that of a car and the fuel that powers it. Just like there are tiers of fuel quality that impact how well a car runs, the quality of food a person regularly consumes affects their brain health, and thus, how it functions. From enhancing inflammation to disrupting neurotransmitter production, poor nutrition can negatively affect a person’s mental health in a variety of ways. Reputable sources, such as Mental Health America, have recognized various complementary and alternative medicine (CAM) treatment options for different mental health struggles, like depression, anxiety, and stress. Some of the substances included on the lists of CAM treatments are those that may reflect nutritional deficiency, such as omega-3s found in fish or folate (vitamin B9) found in leafy green vegetables. In today’s blog, we will specifically discuss the relationship between vitamin B and mental health.

How Vitamin B Affects Mental Health

Vitamins are organic compounds which are essential for our normal physiological functioning, but they are not produced within the human body, and thus, must come from our diet. In total, humans need to have adequate amounts of 13 vitamins: vitamins A, D, E, K, C, and the eight types of vitamin B.

As a group, the B vitamins perform important tasks in metabolic pathways, and are therefore essential components of a person’s health. Their collective effects are important to various aspects of brain function, such as energy production, DNA synthesis/repair, genome modification (methylation), and the production of different brain chemicals. The more heavily researched types of vitamin B include B12, B9 (folate or folic acid), and B6, and various studies suggest they may individually and collectively impact mental health. One proposed mechanism by which vitamin B affects mental health involves folate (vitamin B9) and vitamin B12 in what is referred to as the folate cycle. A deficiency in vitamin B12 results in a folate deficiency and a disruption in the folate cycle. This disruption in the folate cycle, in turn, disrupts the conversion of certain substances into brain chemicals important to mood, such as serotonin, dopamine, melatonin, noradrenaline, and adrenaline. In short, the healthy production of the neurotransmitters that regulate mood is, in part, dependent on adequate amounts of vitamin B12 and vitamin B9 (folate) being present in the body. Therefore, research that has studied this metabolic pathway has suggested that deficiencies in vitamins B12 and B9 (folate) may play a role in making an individual more susceptible to mood disturbances.

Another hypothesis for how vitamin B affects mental health involves a substance called homocysteine. Homocysteine is an amino acid that has previously been studied as a predictor of cardiovascular disease, and more recently, increased levels of it in the bloodstream have been observed in those with Alzheimer’s disease, dementia, and other forms of cognitive dysfunction. Studies have suggested that vitamins B12, B9 (folate), and B6 play important roles in a process that regulates homocysteine levels in the blood. In short, these studies suggest that vitamin B12, B9 (folate), and/or B6 deficiencies may be the cause of increased homocysteine levels in the blood, which is associated with cognitive dysfunction. The hypothesis that increased levels of homocysteine is a risk factor for poor mood is strengthened by a study reporting that up to 30% of depressed patients have elevated homocysteine levels.

So, will increasing vitamin B intake help with mental health issues? The simplest way to summarize the research is that it has not yet been proven, but current evidence is promising.

Though researchers are still studying the details of how vitamin B affects mental health, results of various studies continue to support the claim that vitamin B supplementation can help improve mental health, especially in those who have proven to be vitamin B deficient. A systematic review and meta-analysis of studies looking at the effects of vitamin B supplementation on mood in both healthy and “at-risk” populations found that eleven of the eighteen studies reviewed reported a positive effect for B vitamins over a placebo for overall mood or a facet of mood. Of the eight studies in “at-risk” populations, five studies found a statistically significant benefit to mood as well. In terms of improving individual facets of mood, vitamin B supplementation was found to benefit stress and depressive symptoms the most. Altogether, the systematic review suggested that nutritional interventions designed to improve diet quality – such as increasing vitamin B intake – have been shown to improve overall mood.

Symptoms of Vitamin B Deficiency

Though the mechanism by which vitamin B affects mental health remains unclear, the emotional and cognitive dysfunction associated with its deficiency is clear. The following are physical, emotional, and behavioral symptoms of vitamin B12, B9 (folate), and B6 deficiencies.

Ways to Increase Vitamin B Intake

As previously mentioned, though vitamins are essential components of our overall health, the human body does not make the vitamins it requires. Therefore, the best way to ensure your body has adequate amounts of vitamin B – and all other vitamins – is to eat a healthy, nutrient-dense diet.

Foods high in vitamin B12 include:

Foods high in vitamin B9 (folate) include:

Foods high in vitamin B6 include:

Another method of increasing vitamin B intake is to take supplements. The same systematic review discussed earlier found that individuals tend to present with multiple nutritional deficiencies, which may affect one another. Therefore, taking a B vitamin complex may be more beneficial than taking individual vitamin B12, B9 (folate), or B6 supplements. If you suspect you may be suffering from vitamin B deficiency, you may also want to consult with your primary healthcare provider to ensure your symptoms are not the result of another condition. Additionally, supplements can cause levels of vitamin B that are too high, so it’s important to discuss your vitamin B lab level and supplementation with your healthcare provider.