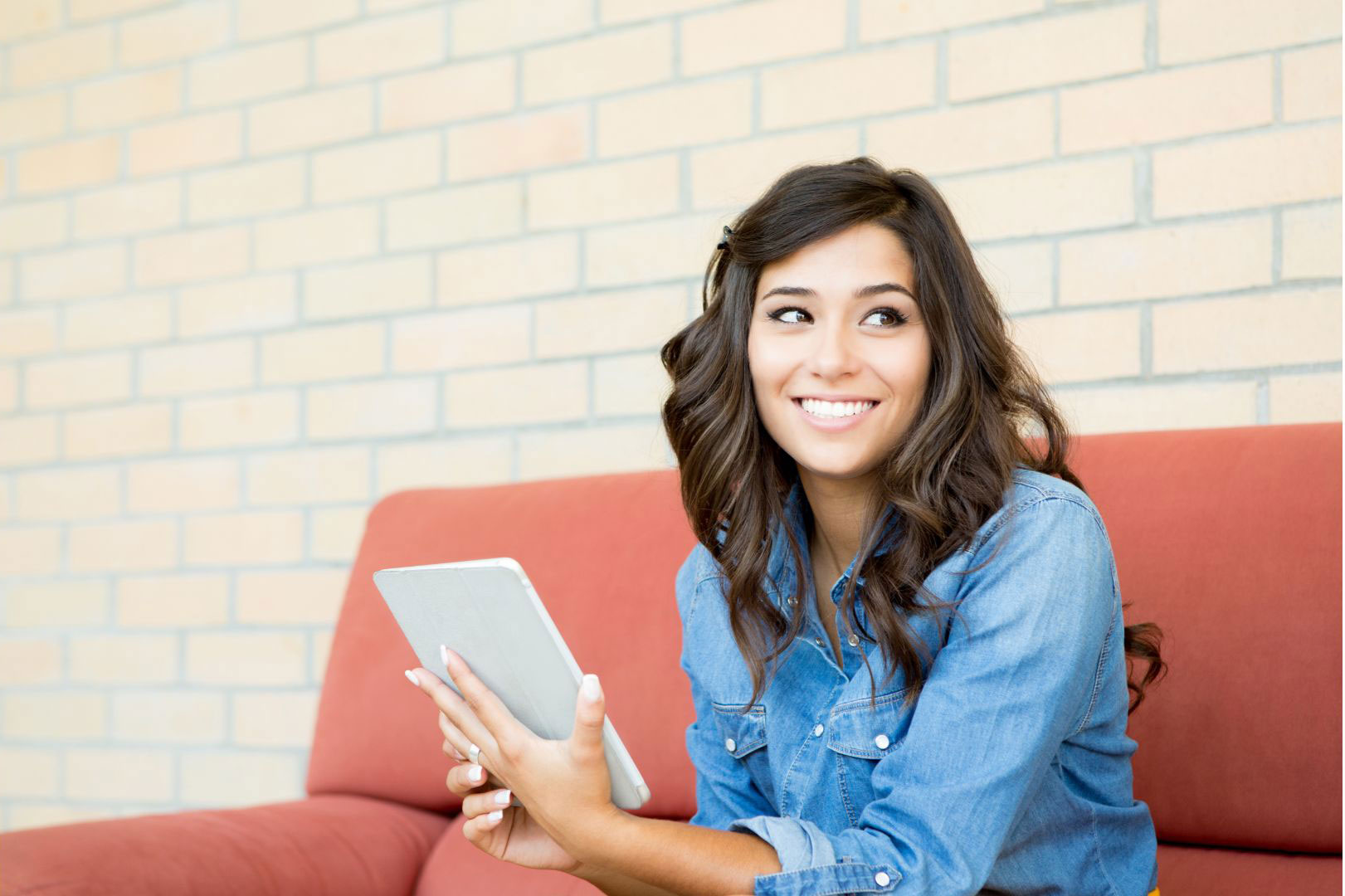 By Viviana PerryMay 3, 2022No Comments

Obsessive-compulsive disorder (OCD) goes far beyond a person washing their hands a lot or repeatedly checking light switches. It is a chronic neuropsychiatric illness that can cause a person significant daily impairment and distress. The disorder is characterized by recurrent (obsessive) distressing thoughts and repetitive (compulsive) behaviors or mental rituals. More specifically, obsessions are described as incessant, intrusive thoughts or mental images that are largely unwanted. They can be associated with an infinite number of things; common ones involve contamination, repeated doubts, or taboo thoughts of a sexual, religious, or aggressive nature. Compulsions are then described as almost involuntary behaviors or mental rituals a person feels compelled to perform in an attempt to counteract the anxiety caused by an obsession. OCD is largely considered to be egodystonic – meaning the thoughts and behaviors experienced/expressed are not consistent with the sufferer’s self-perception or what they truly want. They typically recognize the thoughts and/or behaviors as unreasonable and are often distressed by them. Because the thoughts and/or behaviors of those with OCD are typically all-consuming, symptoms of the disorder are often accompanied by feelings of shame and embarrassment, and many with OCD attempt to keep their symptoms secret.

Media portrayal of OCD often inaccurately suggests it is an illness only seen in adults. Although it is possible, it is rare to first detect signs of OCD in those older than 30 years of age. The average age of diagnosis for OCD is about 19 years old, but it is thought that the disorder’s average age of onset may be even younger. Even so, research suggests it takes an average of 11 years for a person to receive treatment after meeting the diagnostic criteria for OCD, which is why primary care physicians play such an important role in detecting OCD early. The lifetime risk of developing OCD is higher in females and they typically develop the disorder in adolescence. Overall, the recorded lifetime prevalence of OCD across all genders is 2.3%, but data suggests this may be an underrepresentation since often only patients with moderate to severe symptoms and impairment seek treatment.

The key diagnostic criteria for OCD include:

Therefore, as it pertains to the DSM-5, the criteria for OCD is relatively broad and defined diagnostic types of the disorder do not exist. There are infinite forms of OCD since a person could develop obsessions and compulsions about anything, however, there are broad, informal categories that capture some of the most common cases of OCD. They are: checking, contamination, symmetry and ordering, ruminations/intrusive thoughts, and hoarding.

Checking refers to a form of compulsion. It is typically a response to a fear or obsession with danger, damage, fire, leaks, or harm. Common examples of a checking compulsion involve door locks and windows, stoves and candles, pregnancy, and valuable items. Those with a compulsion for checking door locks and windows typically fear a break-in that could lead to harm and/or theft. Even further, their obsession may extend to feeling responsible for preventing the consequences of a break in and trying to avoid the guilt they expect would follow such an event. Therefore, they may make multiple rounds throughout the day or night to ensure all doors and windows are closed and locked. As many compulsions do, the time and fixation the compulsion requires can significantly impact a person’s life, such as by making them late to work/school or by straining moments of interpersonal connection because they may need to frequently excuse themselves from the moment. More than the time consumption of frequently checking, this obsession can make the sufferer and those around them feel unsafe in the home, as well as result in troubling anxiety if the person is not able to, or forgets to, check all doors and locks.

Contamination refers to a form of obsessional worry, and it is often accompanied by compulsions to clean, wash, or avoid. Amongst all who suffer from OCD, the fear of being dirty, contamination, and excessive hand washing are some of the most common varieties of obsessions and compulsions affecting nearly 50% of OCD patients. Because of this, it is also one of the most widely known forms of OCD amongst the general public, which is why the disorder as a whole tends to be mistakenly reduced to a contamination obsession and cleaning compulsion. Common areas of concern for those with this obsession are dead skin, public restrooms, door handles, shaking others hands, and having sex. The cleaning or washing compulsions that follow are often carried out multiple times and until the person with OCD “feels” it is clean, rather than once they can see that it is clean. As previously mentioned, the time consumption of compulsions like these can negatively impact a person’s life in several ways. Additionally, excessive cleaning and washing can result in damage to one’s skin and belongings. If a person chooses to avoid potentially-contaminating situations altogether, several things may suffer, such as their relationships or job success.

Similar to the obsession of contamination, the obsession of symmetry and order is a popular, but inaccurate, catch-all amongst the general public for what OCD involves. This obsession involves a need to invoke spatial and/or object order according to the sufferer’s reasoning. This can look like nitpicking over picture symmetry, ordering books by height or color on a bookshelf, or needing to hang clothes equally spaced from each other and all facing the same way. For many, these examples may seem like common things “everyone” does, which could hold some truth. Many find it visually appealing to have their things sorted symmetrically, by height, by color, etc., but the key difference between the general public and those with OCD is that having things set a particular way is more of a need than a want. If that order and symmetry is disrupted, they don’t just find it visually unappealing; it can induce real physical and mental distress.

Rumination refers to a form of obsession and intrusive thoughts are a common aspect of the obsession. This form of obsession is less associated with specific or common compulsions. As it pertains to OCD, rumination is described as engaging in a repetitive negative thought process that loops continuously in the mind without end or completion. It is largely undirected, unproductive, and harmful. Common ruminations those with OCD struggle with involve religious, philosophical, or metaphysical topics, such as the origins of the universe, life after death, and the nature of morality. Because the rumination often involves trying to solve or understand a theoretical problem, the thought pattern can be distressing since there can never be an objective conclusion and the loop can feel impossible to stop. Other common challenging ruminations for those who suffer with OCD involve intrusive thoughts. In addition to being repetitive, intrusive thoughts are described as disturbing or even horrific. Common intrusive thoughts of those with OCD involve doubting aspects of their relationships, such as suitability or infidelity; causing violent or sexual harm to others; and believing that even thinking about something bad will make it more likely to happen, such as a horrific car accident. Because they are wholly unwanted thoughts that arise without warning, those with intrusive thoughts often struggle with distinguishing these thoughts as a part of their mental illness and can begin to think it is a reflection of some sort of inherent personal flaw.  Learn more about it here too.

In the DSM-5, OCD belongs to a category called Obsessive-Compulsive and Related Disorders. The other psychiatric illnesses that belong to this class include, Body Dysmorphic Disorder, Hoarding Disorder, Excoriation (skin picking), and Trichotillomania (hair pulling). Although its name may suggest otherwise, Obsessive Compulsive Personality Disorder (OCPD) does not belong to the Obsessive-Compulsive and Related Disorders category. Instead, it falls under the category of Personality Disorders in the DSM-5. OCPD is characterized by a rigid adherence to rules and regulations, a paralyzing need for order, and an unwillingness to share responsibilities with others. Individuals with OCPD may seem perfectionistic, inflexible, and incapable of expressing warm or tender sentiment. They often obsess on details and experience significant difficulty adapting to changes in routine, which often negatively impacts their personal and work life. OCPD is one of the most prevalent personality disorders, with an estimated prevalence of about 1% of Americans. It is diagnosed in twice as many men as women.

The key differences between OCD and OCPD surround the fact that those with OCD typically recognize their obsessions and/or compulsions as unreasonable – those with OCPD don’t. Those with OCPD often express a great sense of righteousness about the way things “should be done,” and feel comfortable with the rigid thought and behavioral systems they impose. Since they don’t recognize their obsessions and compulsions as a problem, they typically do not believe they require treatment. While those with OCD are more often tortured by their unwanted obsessive thoughts and tend to feel guilty for the challenges their symptoms impose on others, those with OCPD tend to subscribe to the thought that everyone else ought to conform to their rules and expectations because they are “objectively correct.”

OCD and OCPD in Children and Teens

Though OCD may affect individuals of all ages, there are two general age ranges when the disorder tends to appear – between ages 8 and 12 or between late teen years and early adulthood. Overall, data suggests OCD affects about 1%-3% of children and teens. Among young children, the diagnosis is more prevalent in boys than girls (3:2). From adolescence onward, prevalence rates become essentially equal between the genders. The most common psychiatric comorbidities children with OCD experience are anxiety disorders, tic disorders, ADHD, and personality disorders – which become more common with advancing age. The symptoms that characterize child OCD are similar to those seen in adult OCD, both populations are diagnosed using the same diagnostic criteria (DSM-5), and both populations are treated with similar therapies and medications. However, the DSM-5 permits OCD diagnosis in children regardless if they are aware of the appropriateness of their obsessions and/or compulsions.

Whereas OCD is typically diagnosed in childhood, OCPD is typically diagnosed in late adolescence and early adulthood – as most personality disorders are. OCPD is a Cluster C personality disorder, which means it involves anxious, fearful thinking or behavior. Teens and young adults with OCPD typically display signs of perfectionism early in adolescence. Their perfectionism may interfere with their ability to complete tasks because of their rigid standards. Such rigid standards may also prompt them to emotionally withdraw from situations they cannot control, and thereby, damage their relationships. Other early signs of OCPD in youth may include an overwhelming need to be punctual, being extremely frugal with money, and excessive devotion to work at the expense of family or social relationships.

As with most psychiatric disorders, earlier detection and treatment results in reduced short- and long-term consequences. Children and teens with OCD and/or OCPD can improve with time, especially if treated early.