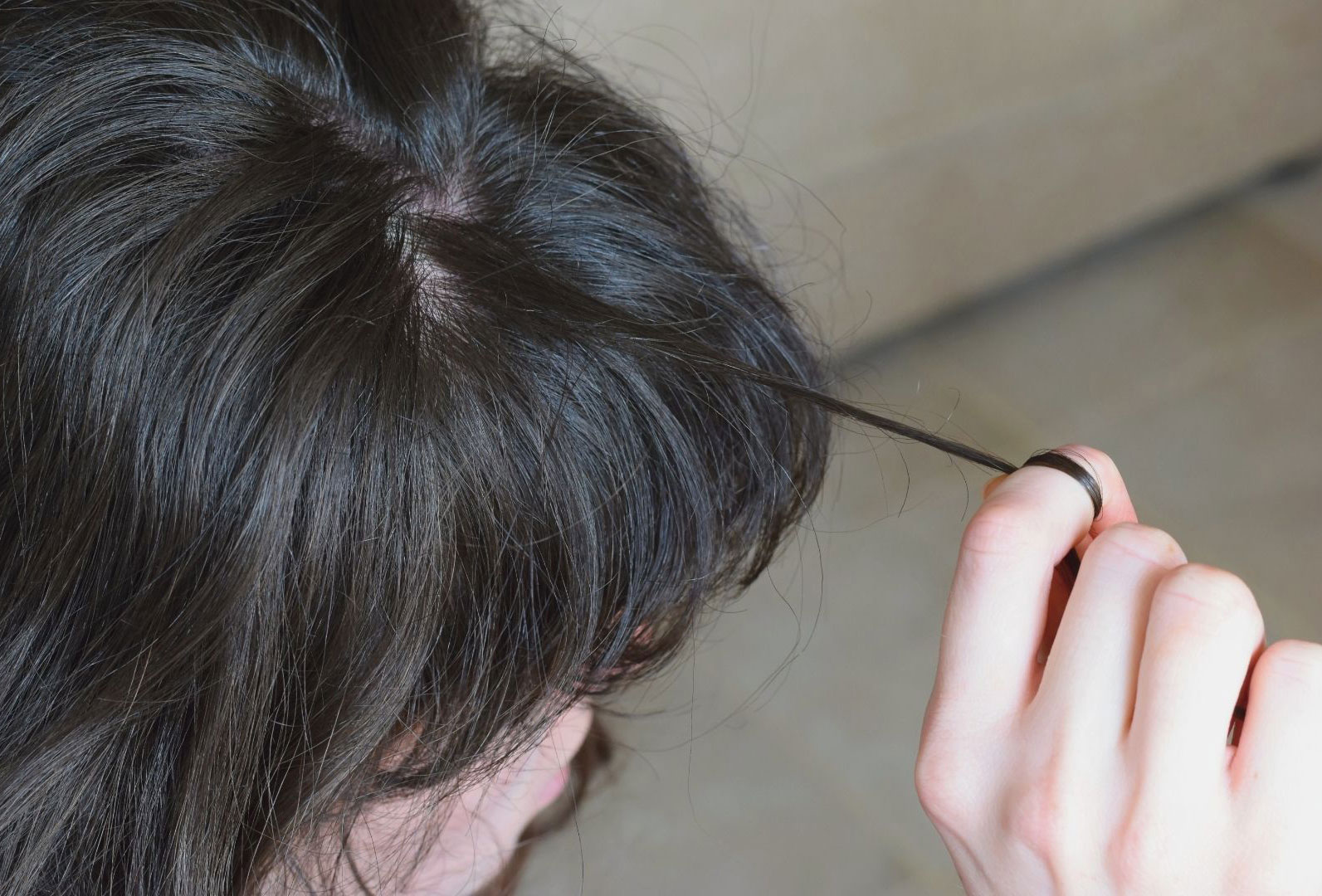 By Viviana PerryJune 1, 2022No Comments

Trichotillomania is one of the most common types of Body-Focused Repetitive Behaviors, or BFRBs. Unlike common anxious habits such as hair twirling, foot tapping, or knuckle cracking, BFRBs are clinically-distinct mental disorders that belong to the Obsessive-Compulsive and Related Disorder class in the DSM-5. BFRBs are characterized by repetitive self-grooming behaviors that result in physical damage to one’s own body. They are different from self-mutilation behaviors because the intent is never to harm one’s body – it is simply the result of one’s repetitive grooming habit. In addition to trichotillomania, other common types of BFRBs include excoriation (skin picking), dermatophagia (skin eating), onychophagia (nail biting), and lip/cheek biting. For more information on BFRBs, as well as their particular relevance in children, check out our blog that discusses all things BFRBs! In today’s blog, we will focus on trichotillomania – what it is, causes and risk factors, signs and symptoms, its impact, and treatments.

Trichotillomania is characterized by repetitively pulling one’s hair out. It typically occurs on the scalp, eyebrows, or eyelashes, but can occur anywhere else on the body. According to research, approximately every 2 in 50 people experience trichotillomania in their lifetime, the average age of symptom onset is about 12 years old, and the disorder occurs more frequently in females than in males. It is also estimated that anywhere from 5%-20% of those who suffer from trichotillomania also suffer from trichophagia, which entails eating the hair they pull from their body. Those with combined trichotillomania and trichophagia are at an increased risk of experiencing serious health concerns since trichophagia may result in trichobezoars (hairballs) in your digestive tract. Over a period of years, trichobezoars can cause weight loss, vomiting, intestinal obstruction, and even death.

Because hair pulling intuitively seems like an extreme type of nervous habit similar to hair twirling, foot tapping, or knuckle popping, one of the biggest misconceptions surrounding trichotillomania is that it is simply a behavioral symptom of an anxiety disorder. While a person may experience psychiatric comorbidity with trichotillomania and another disorder, this does not necessarily mean one is the result of the other and certainly does not suggest that most who suffer with trichotillomania condition also suffer from another mood or anxiety disorder. As previously mentioned, trichotillomania is categorized in the Obsessive-Compulsive and Related Disorders class in the DSM-5; along with Obsessive-Compulsive Disorder, Body Dysmorphic Disorder, Hoarding Disorder, and Excoriation (skin picking) Disorder.

According to the DSM-5, the diagnostic criteria for trichotillomania are:

In assessing and diagnosing an individual with trichotillomania, mental health care providers typically find it useful to determine how the behavior manifests. For those with trichotillomania, hair pulling may present as a focused or automatic behavior. In focused behavior, an individual is fully aware of their actions and it could be a response to an internal trigger, like feeling shame, or an external trigger, like a fight with a friend. Some people pull their hair intentionally to relieve tension or to get relief from the overwhelming urge to pull their hair. In contrast to focused behavior, automatic behavior involves a person engaging in hair pulling outside of their awareness, such as while watching television or reading. Focused trichotillomania tends to occur more often in adults, while automatic trichotillomania predominates in children.

The exact cause of trichotillomania remains unclear. Like most other mental disorders, research suggests the disorder has a genetic component since there are higher rates of trichotillomania in those with an immediate family member who also suffers from the condition. Twin studies have also produced results that support a degree of inherited predisposition to trichotillomania.

Those with trichotillomania are also more likely to present with another type of BFRB, such as skin picking, nail biting, or lip/cheek biting. Also, some signs and symptoms of trichotillomania are not directly associated with one’s body. In addition to pulling hair on their own body, some with the disorder pull hair or material from their environment, such as pets, dolls, clothes, or blankets.

Due to the excessiveness of the behaviors and the damage caused, there is often a stigma surrounding trichotillomania which can lead those with the disorder – or parents of children who do – to attempt to hide them. If you or someone you love is experiencing a BFRB condition, it is imperative that you seek treatment as those with trichotillomania tend to suffer chronically, especially if left untreated.

In addition to damaging one’s mental health, there are several ways trichotillomania may negatively affect a person’s physical health as well. Physical consequences of trichotillomania, such as pruritus (itchy skin), tissue damage, infection, and repetitive motion injuries to the muscles or joints are not uncommon. And as previously mentioned 5% to 20% of those with trichotillomania also present with trichophagia (hair eating), which may result in trichobezoar (hairballs) that lead to gastrointestinal issues.

Because those with trichotillomania typically go to great lengths to keep their hair pulling behaviors private, it may be especially difficult to seek treatment yourself or to encourage someone else to see a mental health professional. Still, the reasons for receiving treatment for trichotillomania as early as possible are clear. It is a long-term, chronic condition that – more often than not – increases in severity over time if left untreated. Additionally, hormonal changes like those menstruators experience once a month may exacerbate symptoms of trichotillomania and cause undue distress.

Research on the treatment of trichotillomania is limited. Still, psychotherapy (talk therapy) has shown to have the most success in curbing or stopping hair pulling behaviors. A few of the most effective and commonly used types of psychotherapy used to treat trichotillomania, include Cognitive Behavioral Therapy (CBT), Dialectical Behavior Therapy (DBT), Habit Reversal Training (HRT), Comprehensive Behavioral Treatment (ComB), and Acceptance and Commitment Therapy (ACT).

Although there are currently no drugs approved by the FDA specifically for the treatment of trichotillomania, some medications may improve certain symptoms and surrounding effects of the disorder. Medications are often used to lessen feelings or sensations that can increase hair pulling rather than to treat trichotillomania itself. For example, antidepressants like SSRIs may help with depressive and anxious thoughts that may accompany struggling with trichotillomania. Treating other psychiatric comorbidities that are often associated with trichotillomania, such as depression, anxiety, or substance abuse, can be an important part of treatment for the disorder itself.